Hey guys so I am back in Uyo and back to work…..*wailing*. I don’t want to work, I want to rest….*wailing*. I think Wednesday is a public holiday (Nigeria’s Independence day) and next week monday and Tuesday are public holidays….YIPPEE!! I get to rest a lot….*dancing*

While I was in Lagos, I used to see some mobile display by Verve with lots of noise trying to get people to the mobile stand. It was for their 'Shop small win big' campaign. I was intrigued by it and wanted to try it out but after a long day of lectures and equally long hours of traffic, I was usually too tired to get down from the bus just to satisfy my curiosity. So when I went to the Lagos International trade fair complex, Balogun Section. OMG!! I just realized that I might be in Lagos for this year’s Lagos International tradefair *jumpingupanddown*, this would be the first one I have attended in 4 years. I never used to miss it every year  when I was in Lagos/Ogun state, i even used to go there more than once. I love the atmosphere, the food and the freebies. I totally must save so that I can get lots of goodies. Because of the fact that most of the head offices of the companies come to display their products at the trade fair you are sure to get some crazy discounts and some really cool prizes. I can’t wait….*dancing*

So where was i? Oh, Trade fair. So I saw the mobile display there and decided to do what I came to the complex for first then check out the stand. However when I was through with my business and looked up to the skies, lo and behold the clouds were really dark. It looked like the heavens were going to open very soon and pour like crazy. And I am so tired of being beaten by the rain. I practically ran out of there. I wasn’t going to allow my curiosity to cause me to be drenched again. So I wasn’t able to check the stand out to even know what was involved but I was able to take some pictures of the dancers/band that the company was using to create some publicity in the complex.

Here are the few pictures I was able to take, I do hope you enjoy them: 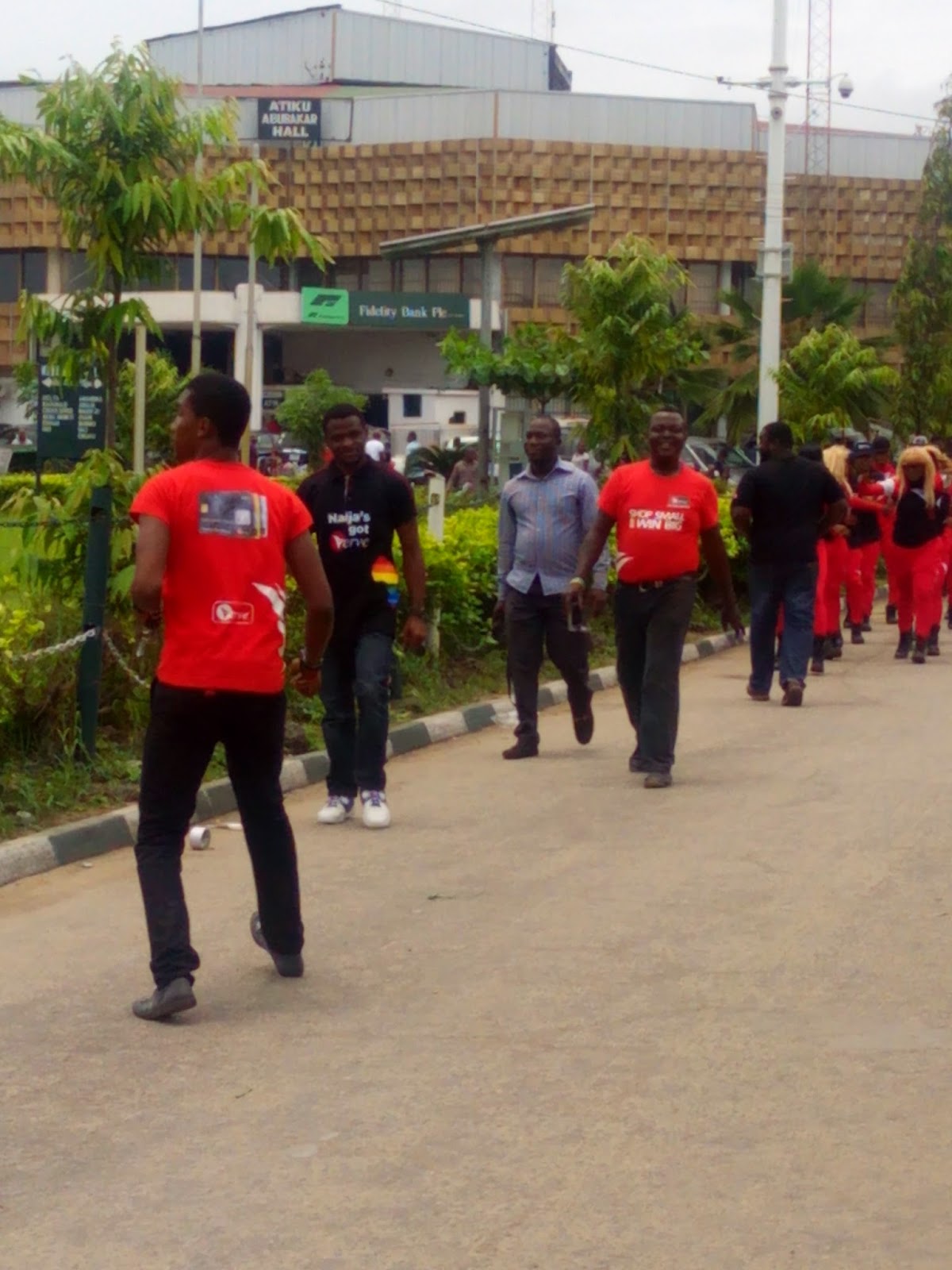 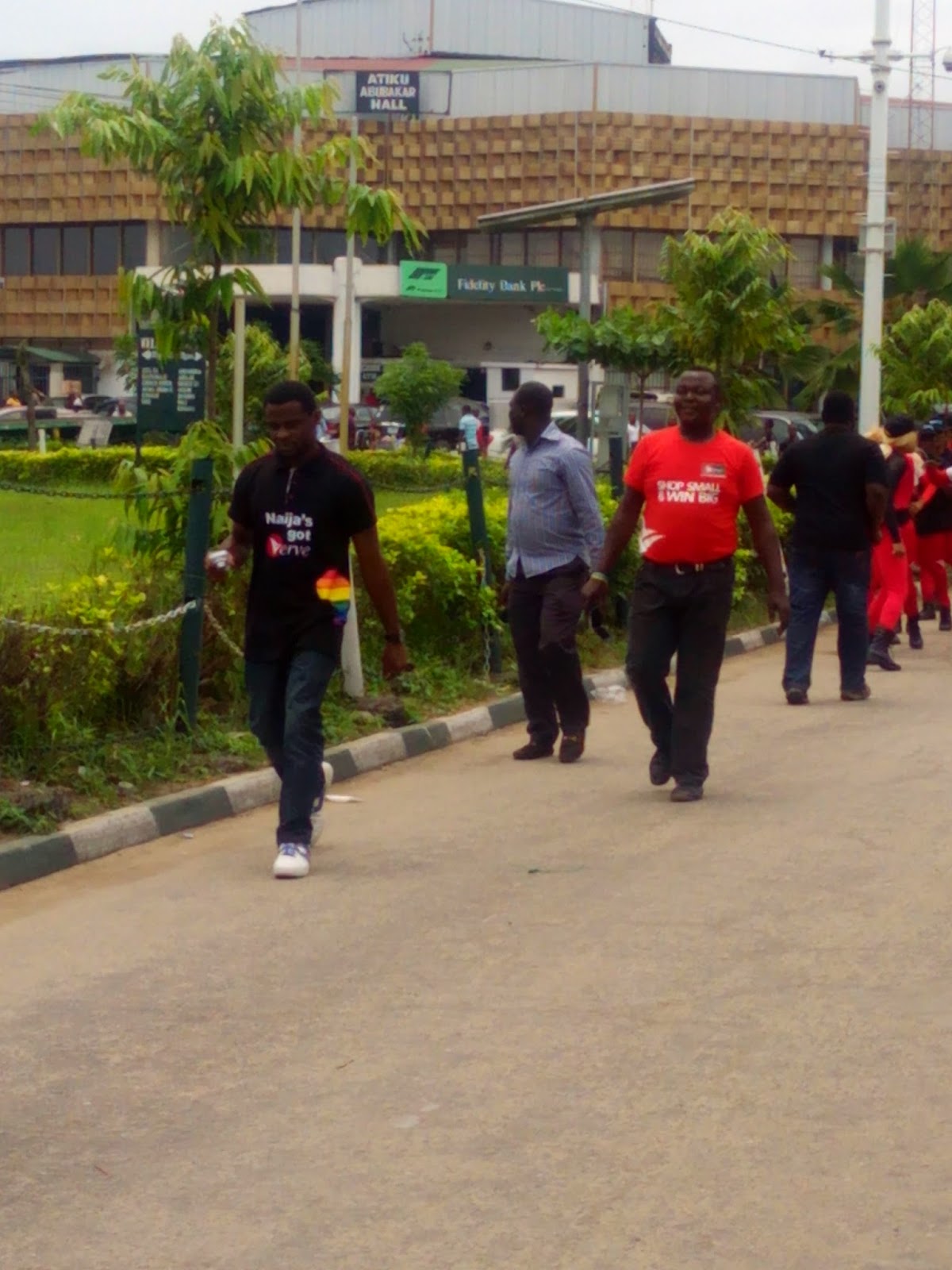 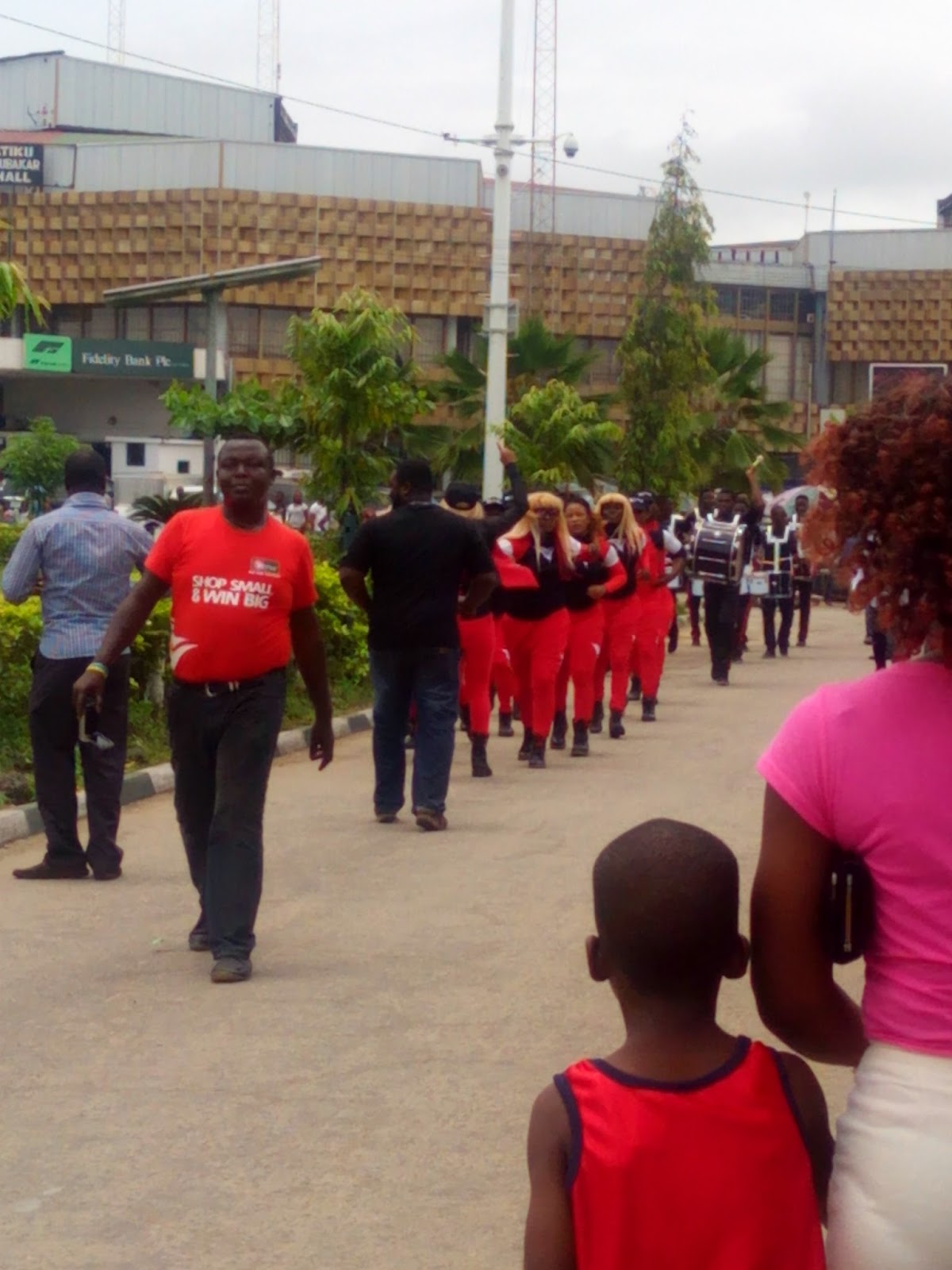 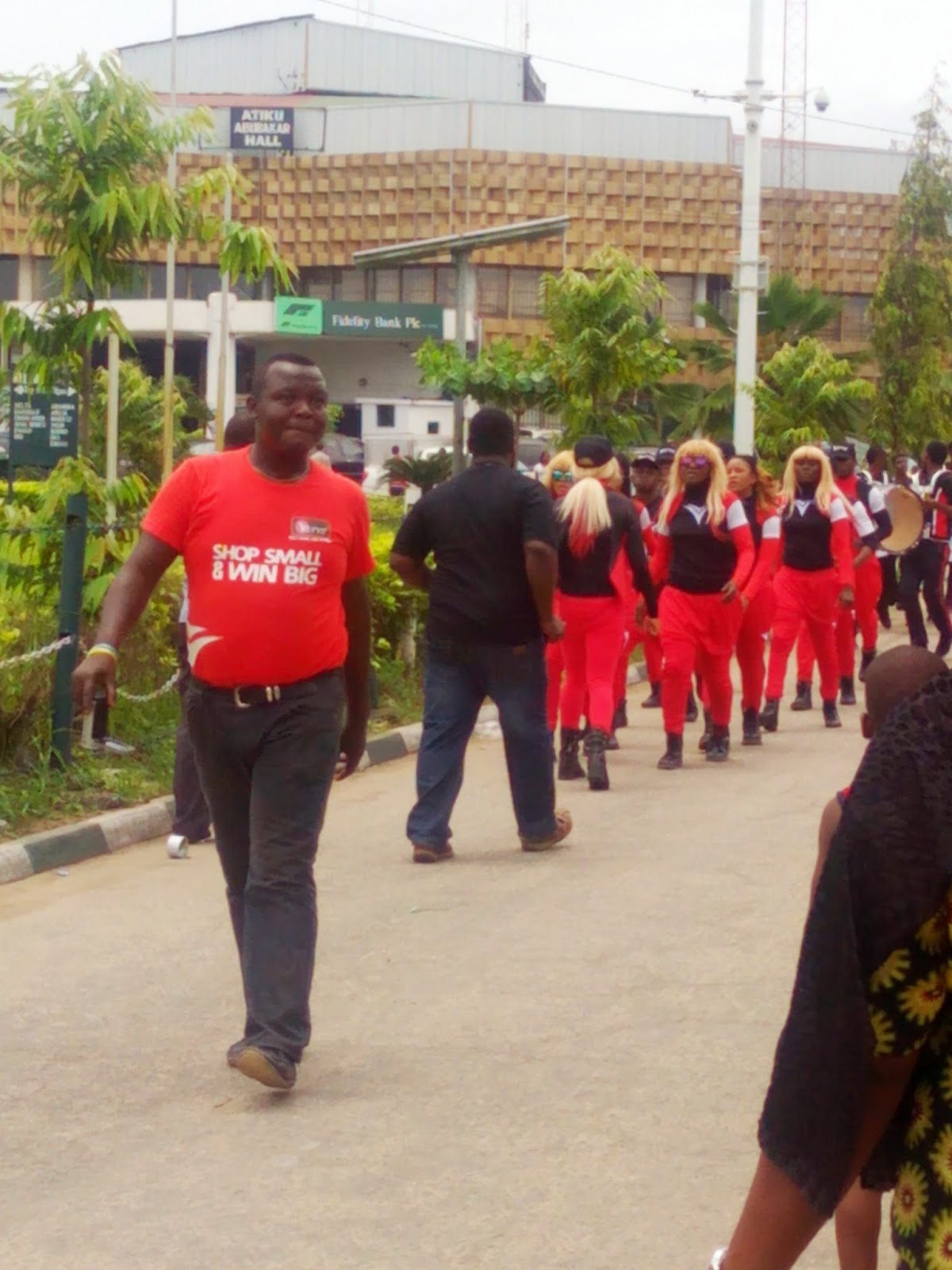 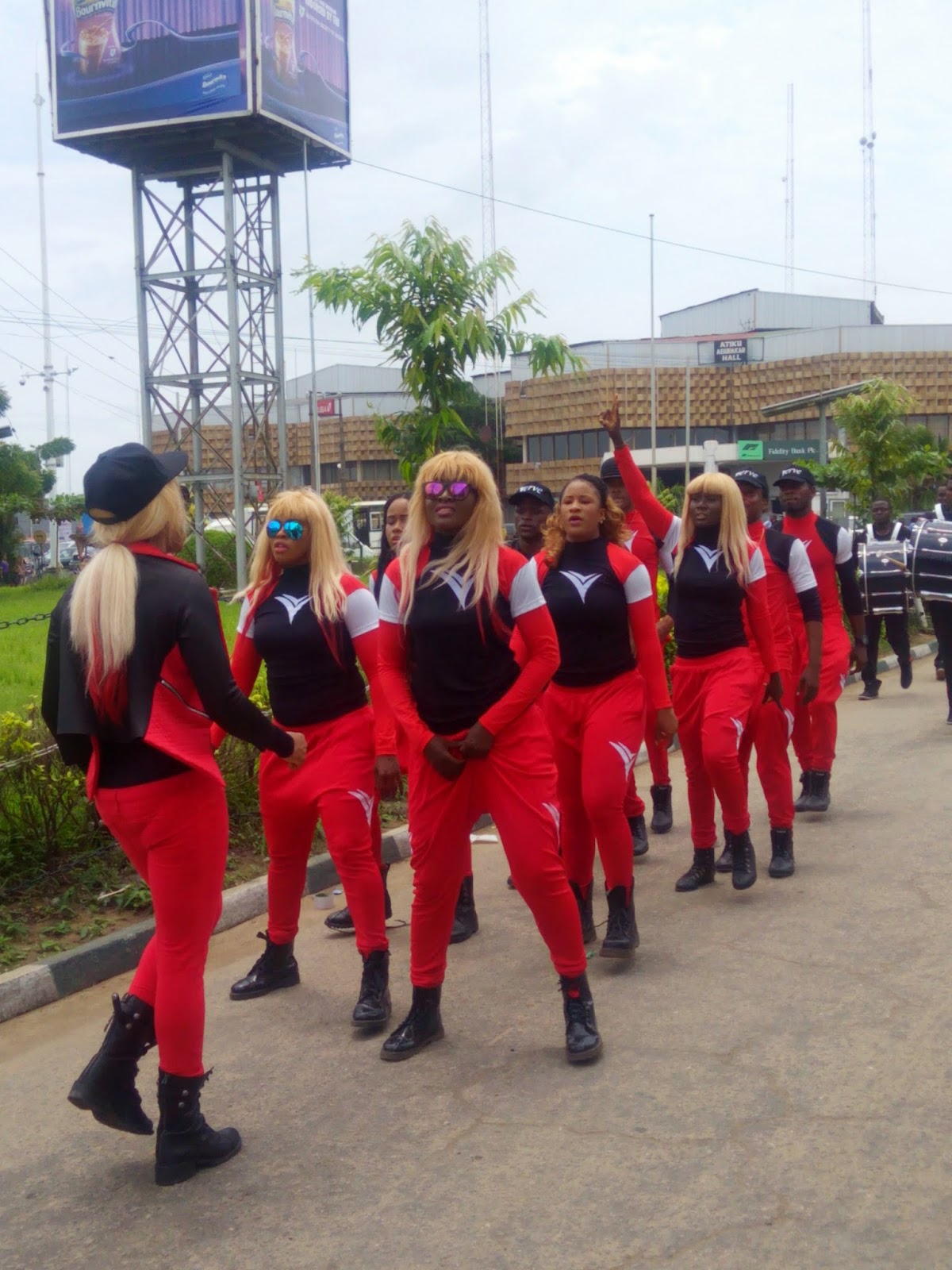 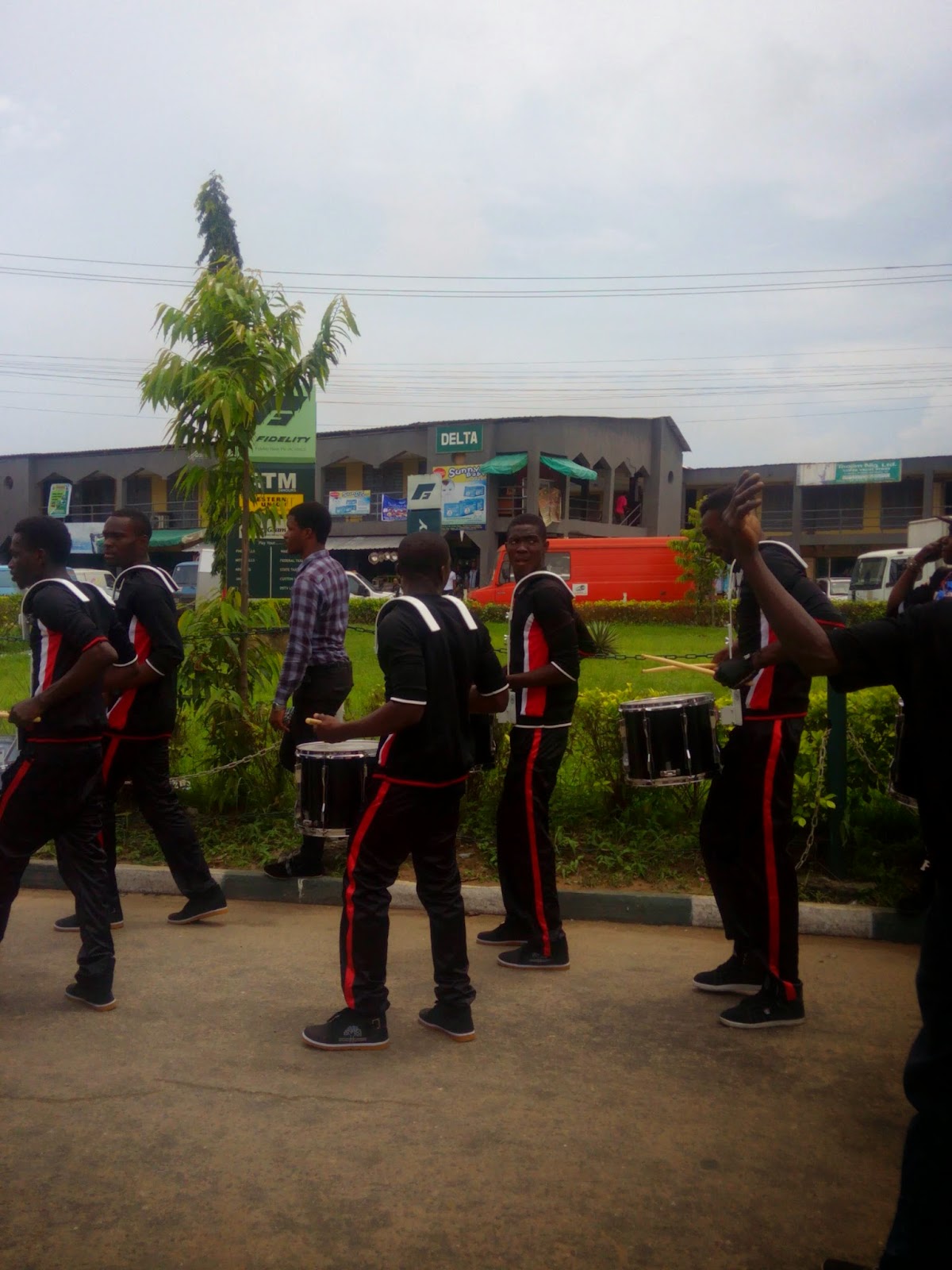 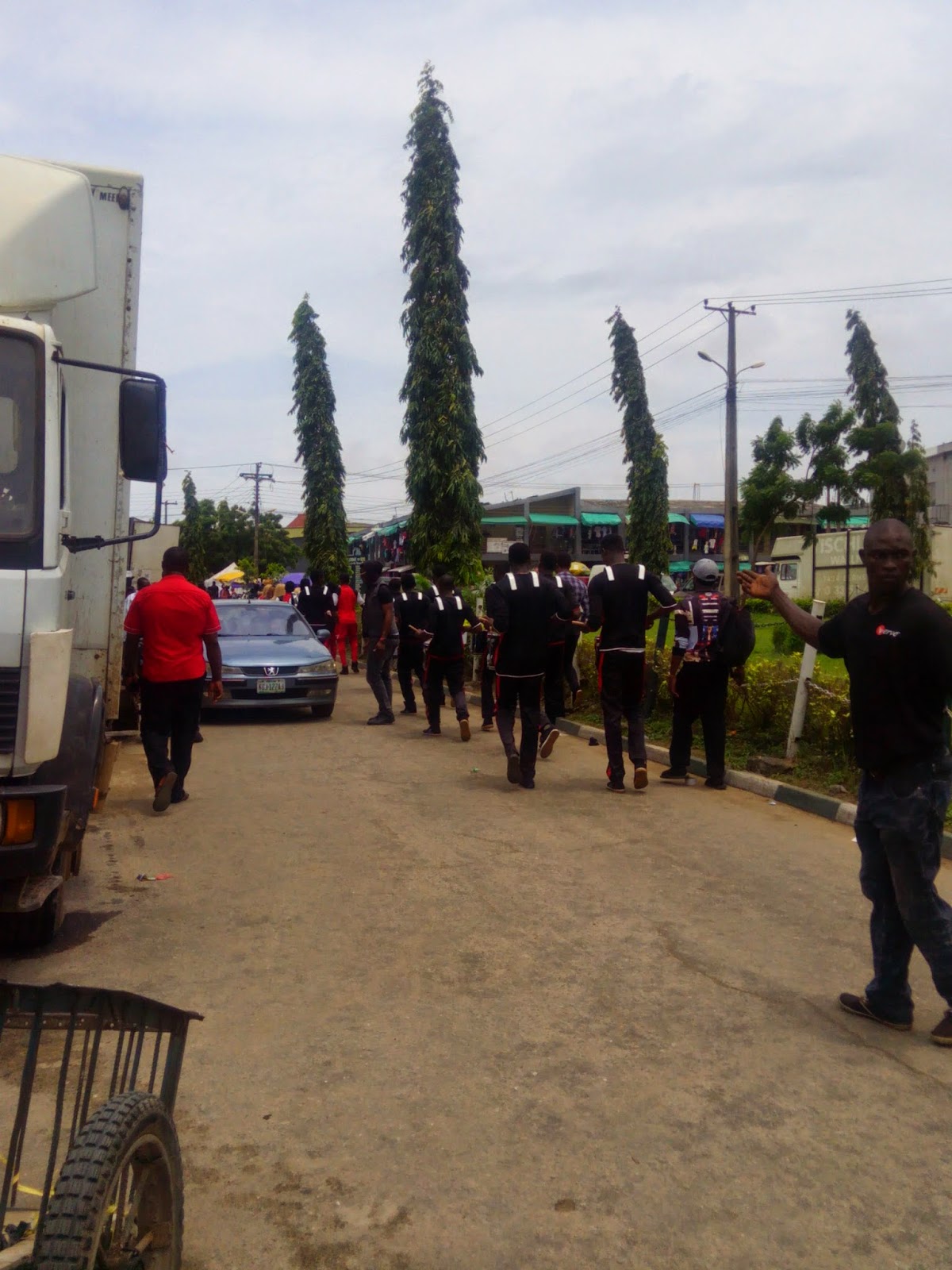 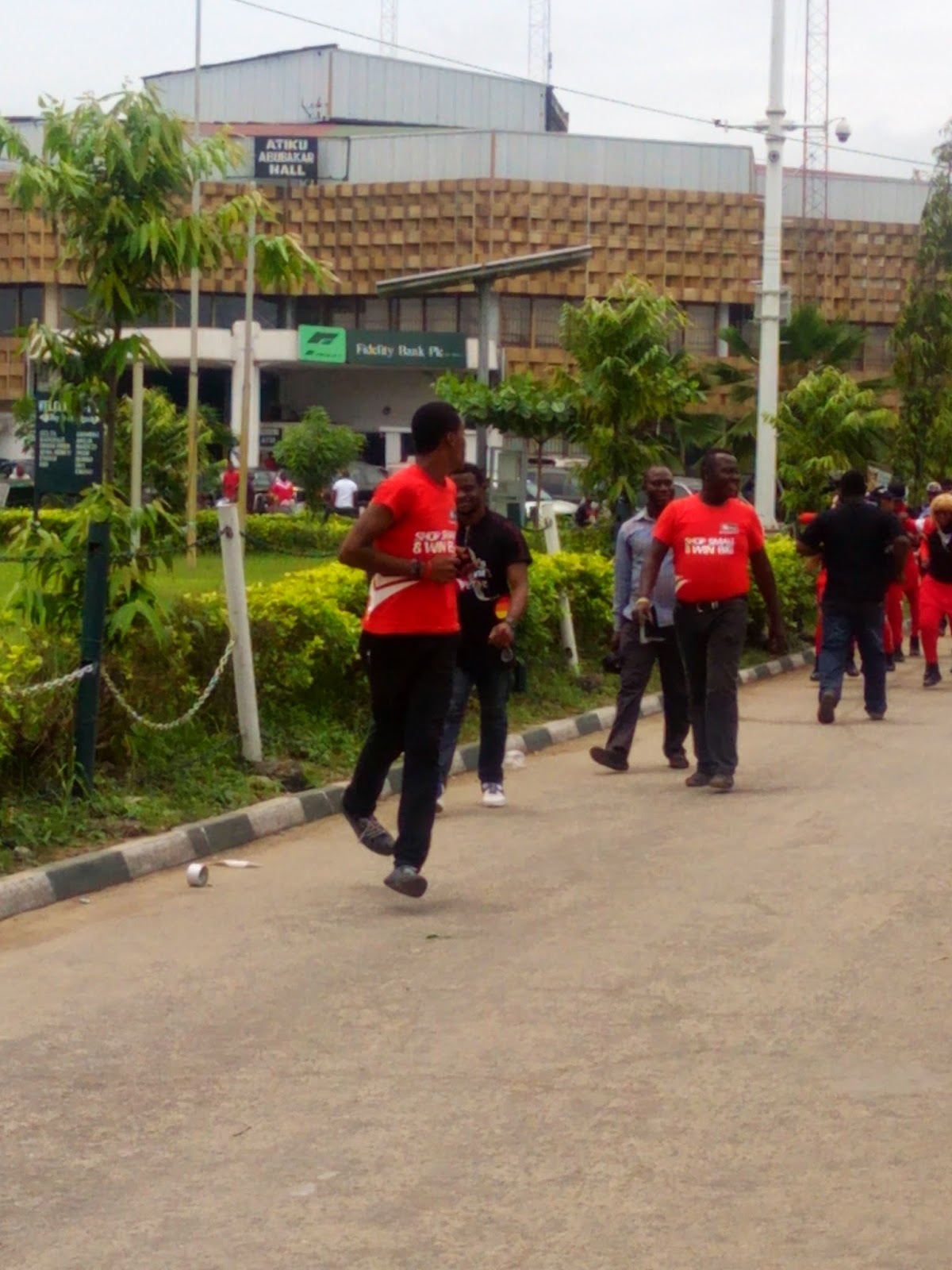 So who knows what the campaign is all about? I know I can probably google it but I am too lazy to do so right now. I hope I didn’t pass up a chance to win a car o (I would be very angry).

That is all for today folks. I have a question for you guys, have you ever wanted to try something or go somewhere and something keeps preventing you from doing so? What do you do in such situation?

Last week I was trying to pay for something and I kept having problems that my card was even blocked twice and I had to call customer care. I even have another card blocked  and is still blocked (I need to go to the bank), honestly I don’t understand internet banking. When I called the customer care, I was told to try it on a laptop instead of a tablet and you would not imagine what happened. Everything would be fine until I get to the final page, I have tried it like 7 times and that final page would refuse to load. When such things happen I usually stop doing what i was trying to do and start again after some days which was what I did after the whole issue happened last week but for it to be the same issue this week I think I should just forget about it. I am wondering if this is God's way of  trying to prevent me from wasting my money. Oh well I would see what happens later but I need to step away from it for now. What do you think guys?

Thanks for stopping by….