WHAT ARE PROACTIVE MEASURES?

So the Federal Minister of Health has said we have no new confirmed Ebola case for now in Nigeria and that is great news. There seems to be just one confirmed case and she is the isolation centre in Lagos. There is still a lot of people that are under quarantine/survelliance and hopefully they would not present with the Ebola virus symptoms.

However till then most organizations are taking some precautions to help protect themselves and the public at large. A friend said that at her place of work they now check their temperature with the infra red thermometer at the office's entrance. In some banks, the cashiers are wearing gloves and face masks. Some have at the entrance soaps, chlorine water and hand sanitizers. They also have the infra red thermometers to check the temperature of their staff.

In my church yesterday, I saw that at the entrance one of the traffic officials was pumping a small amount of hand sanitizers for members (old or young) and that there has been adjustment to the way we now take Holy Communion.

All this is all good and I quite agree with the measures being taken. However I don’t understand the measures taken at my hospital. Last week most of the different units had blocked all other entrances and left only one open where someone stands at the door and checks the temperature of people entering.

Each department seemed to be doing it and I didn’t quite get the essence. It is fine to screen people even the staff members but I personally thought the way they were going about it was wrong. Locking all entrances is a fire/emergency risk. What of if something happens and people need to run, what would happen then? Apparently someone must have thought about it because there was another exit open in some buildings today,

To me the action felt panicky. It was not being proactive at all. A colleague said that there should be a screening point at the main entrance which is the gate at the hospital and if there is any suspected case the patient should be transported to the proposed isolation centre in an ambulance to minimize the amount of people the patient comes in contact with.

At first I didn’t think the idea was good but I now think it is far better than the way they decided to prevent anybody from getting the virus. I now support the idea and feel that everyone including staff members should be screened at the gate then when everyone gets to the unit or department he or she is heading before entering there should either be hand sanitizers provided or soap and water for people to use. Patients would be screened again but this time for their vital signs to be recorded.

That is what I feel is a better option because it protects everyone and the staff members are also checked. And the amount of times a staff member is exposed to the infra red would be reduced. Which is a concern to me because imagine if I had to leave and enter a unit almost 10 times in a day, I would be checked ten times uhn? Come on! That ain’t good.

I know I was not asked about my opinion but then I think some consultants read my blog (one has actually seen my blog and one calls me Diva so hey *shruggingmyshoulders*) and hopefully would think more about my ideas and maybe suggest it to the management. And yes, there might be a little traffic hold up at the gate but they already check for bombs at the gate so while the security officials are checking for bombs, someone can be screening the people who are in the car and another screening those who walk into the hospital.

And yes, they would need a lot of hand sanitizers, chlorine water and soap but that is not a big matter. As a pharmacist in the federal republic of Nigeria I can tell you that pharmacists in Nigeria and all round the world have the knowledge on how make beautiful and effective hand sanitizers (I am bragging here but let me brag joor….lol).

My colleagues and I were discussing it today and the possibilities of making it, supplying it to all the units and also selling it to companies, banks, churches and fast food restaurants. But what discouraged us was how the money would be collected and spent. It makes no sense for us to work hard on it because apart from making it and sourcing for packaging materials we would also have to market it and that might involve us going to the various potential clients and getting them to patronize us and make so much money then see the money being taken by someone else and used to do other things and not help improve our department.

Well the idea has been thrown in the bin and I doubt after what recently happened any pharmacists would be interested in making the hand sanitizers. There is so much that pharmacy is sidelined for and it is really amazingly shocking. I have refused to let it get to me but the day I can’t take it anymore I am going to say what I feel and I couldn’t give a rat’s ass if someone doesn’t like it.

Someone in Uyo must have annoyed God because it has been raining since around 3pm and it seemed really heavy in some parts. Almost every where on my way home was flooded. I thought Uyo had better drainage systems that Lagos but I guess I was wrong. I saw a house close to my place where they had to put their sofa on a table because the water had risen to about 14-16 inches above ground level. The water reduced immediately the rains stopped but the damage has been done. I don’t know what they are going to do now.

Check out the pictures I was able to take (sorry that some of them are blurry, the tricycle was moving when I was taking it): 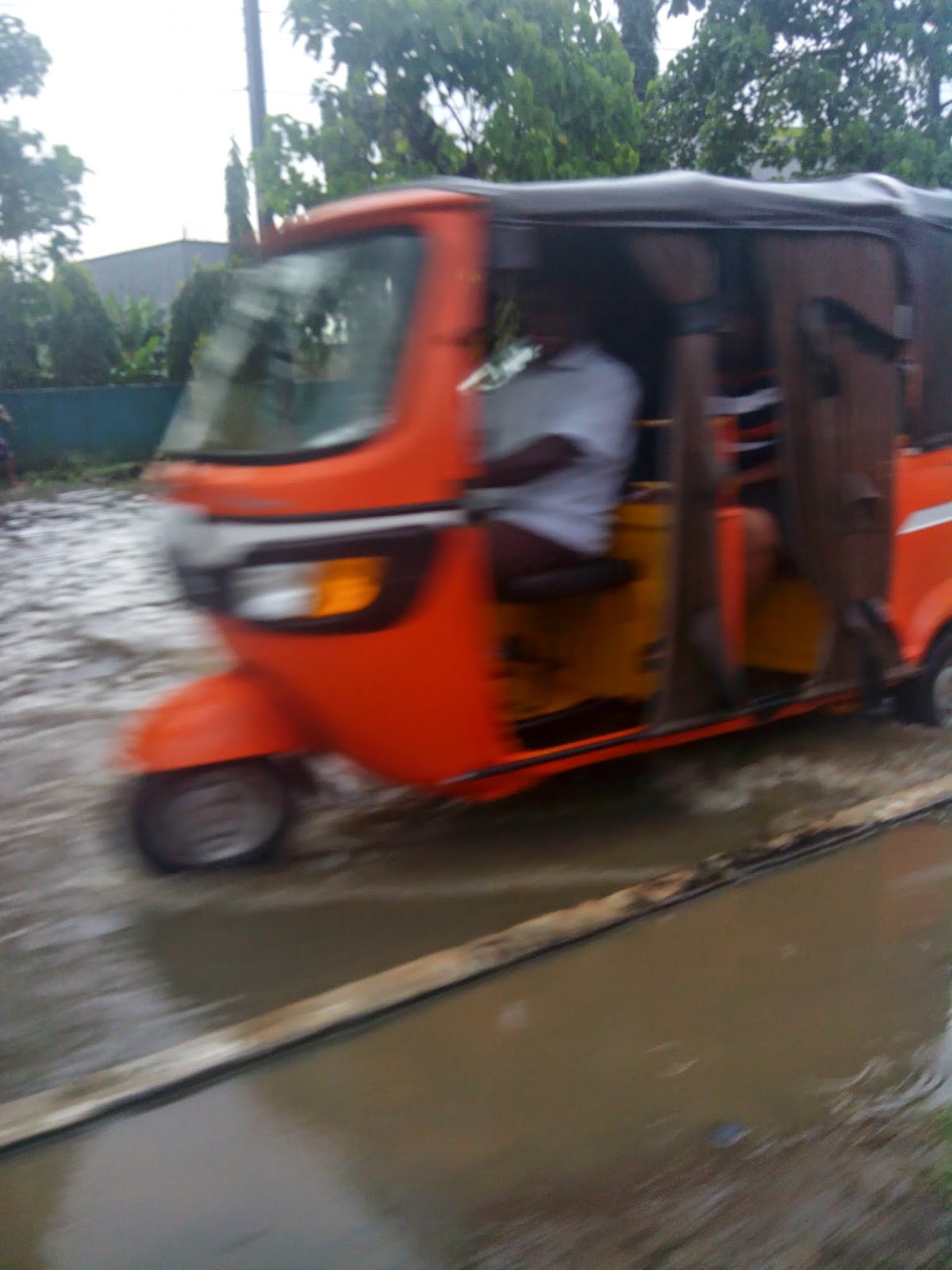 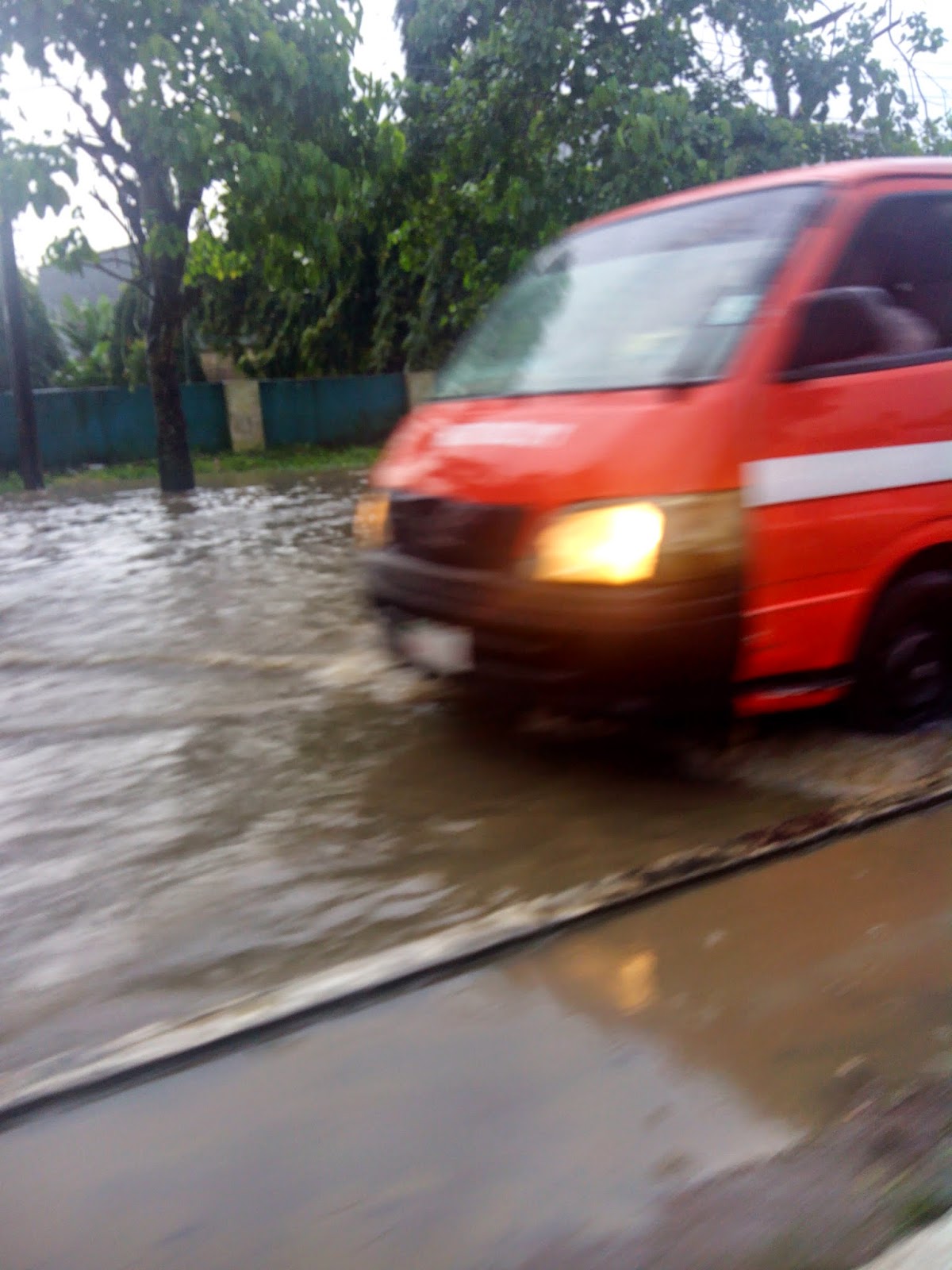 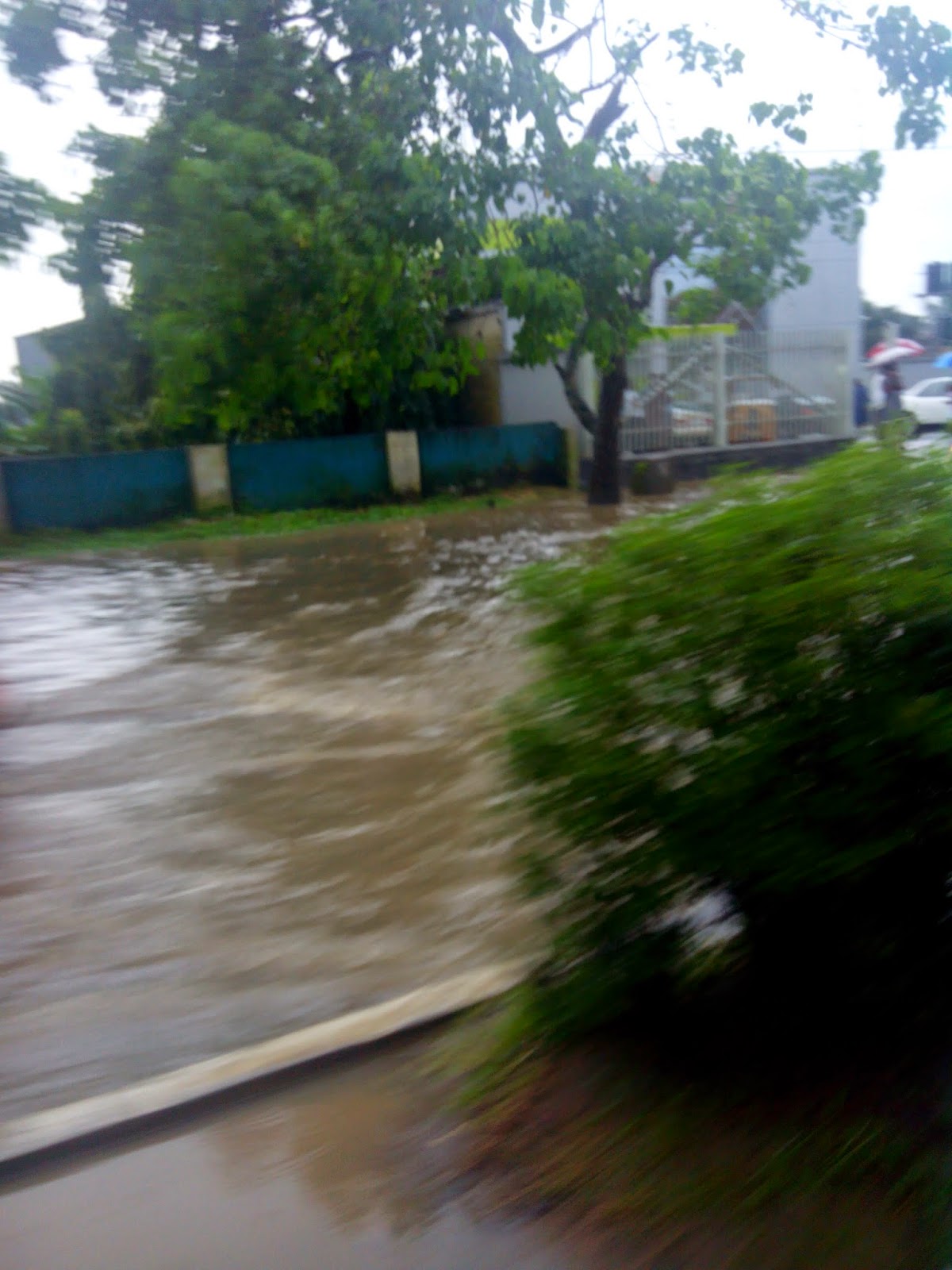 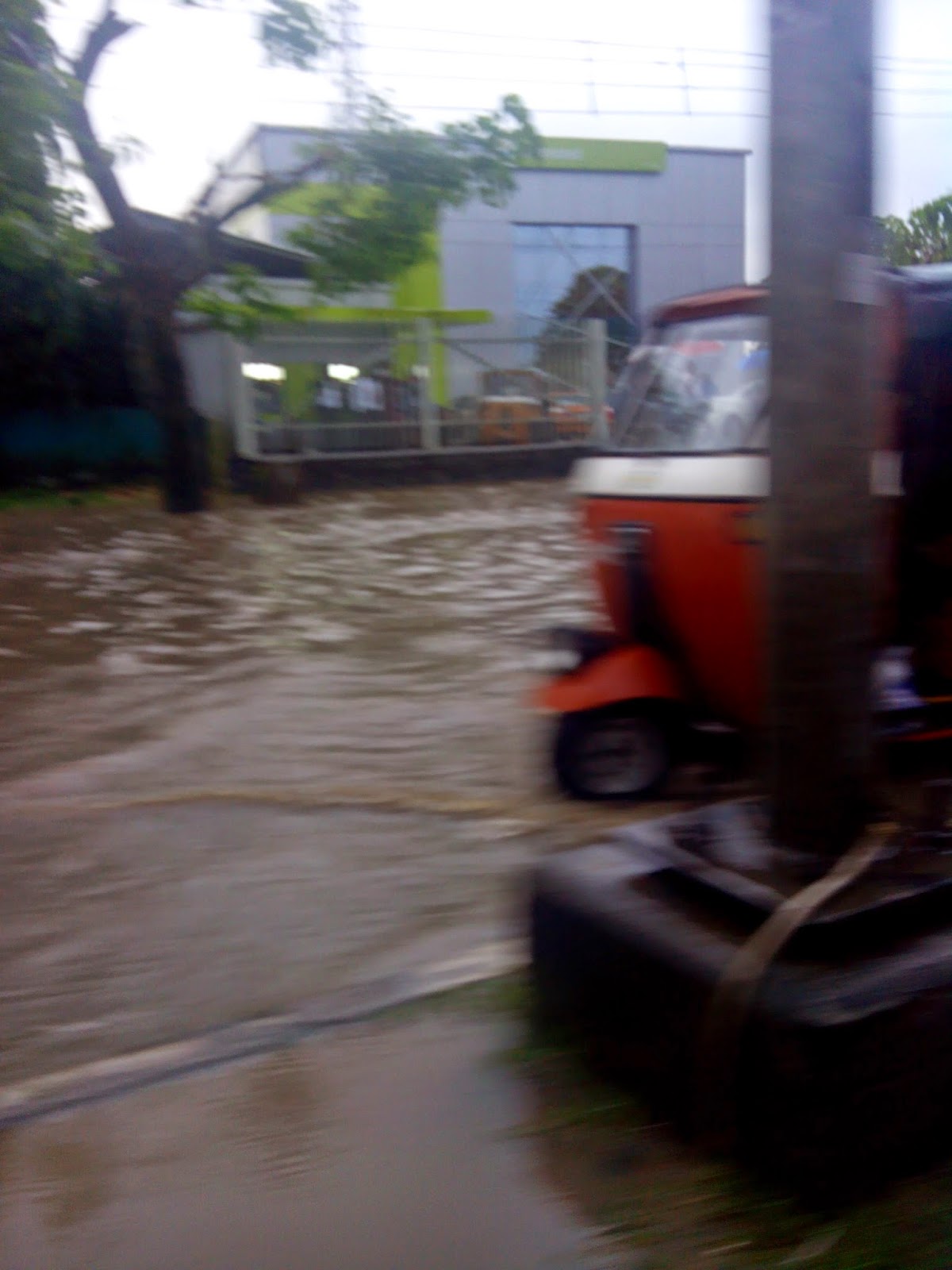 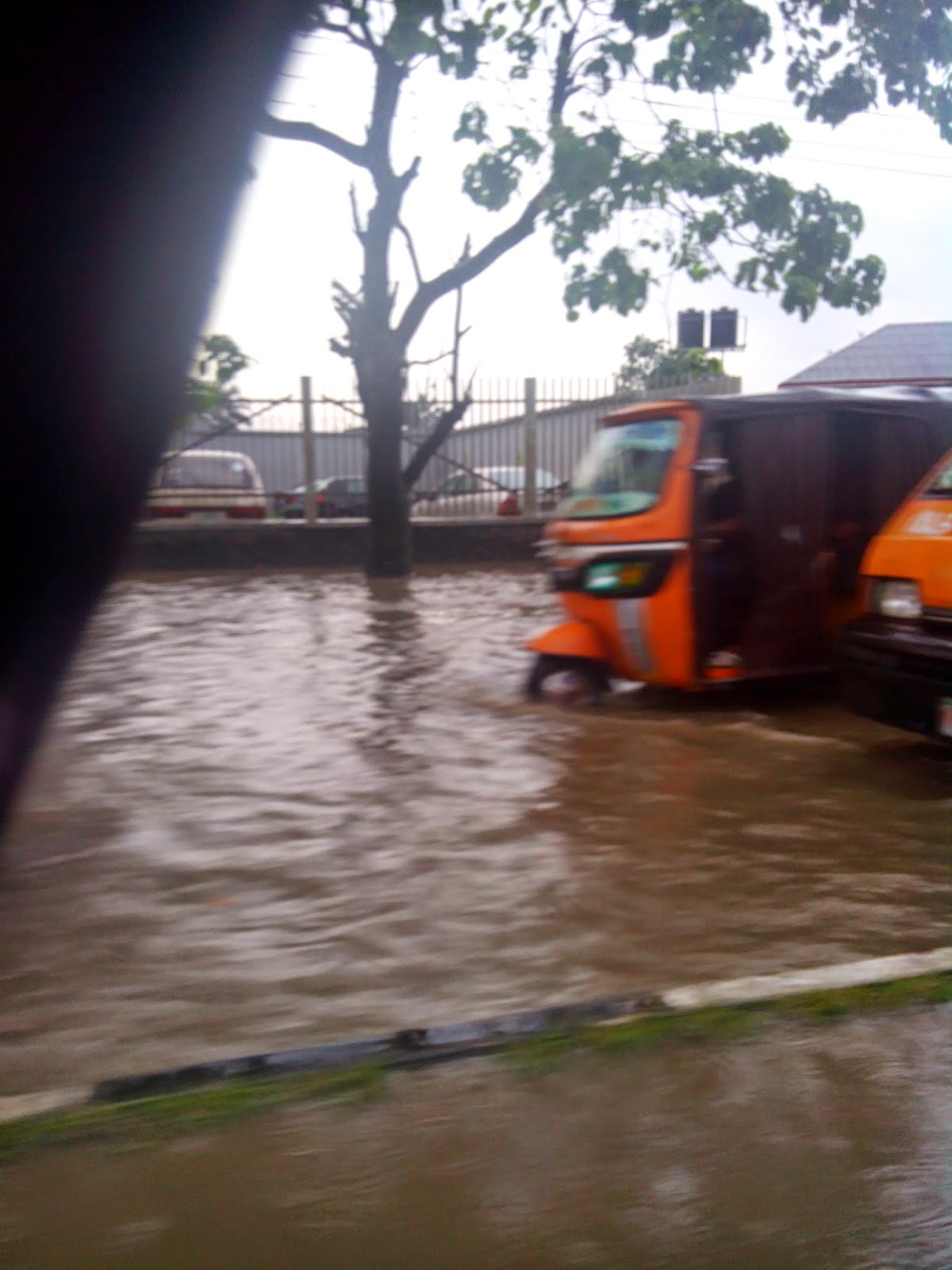 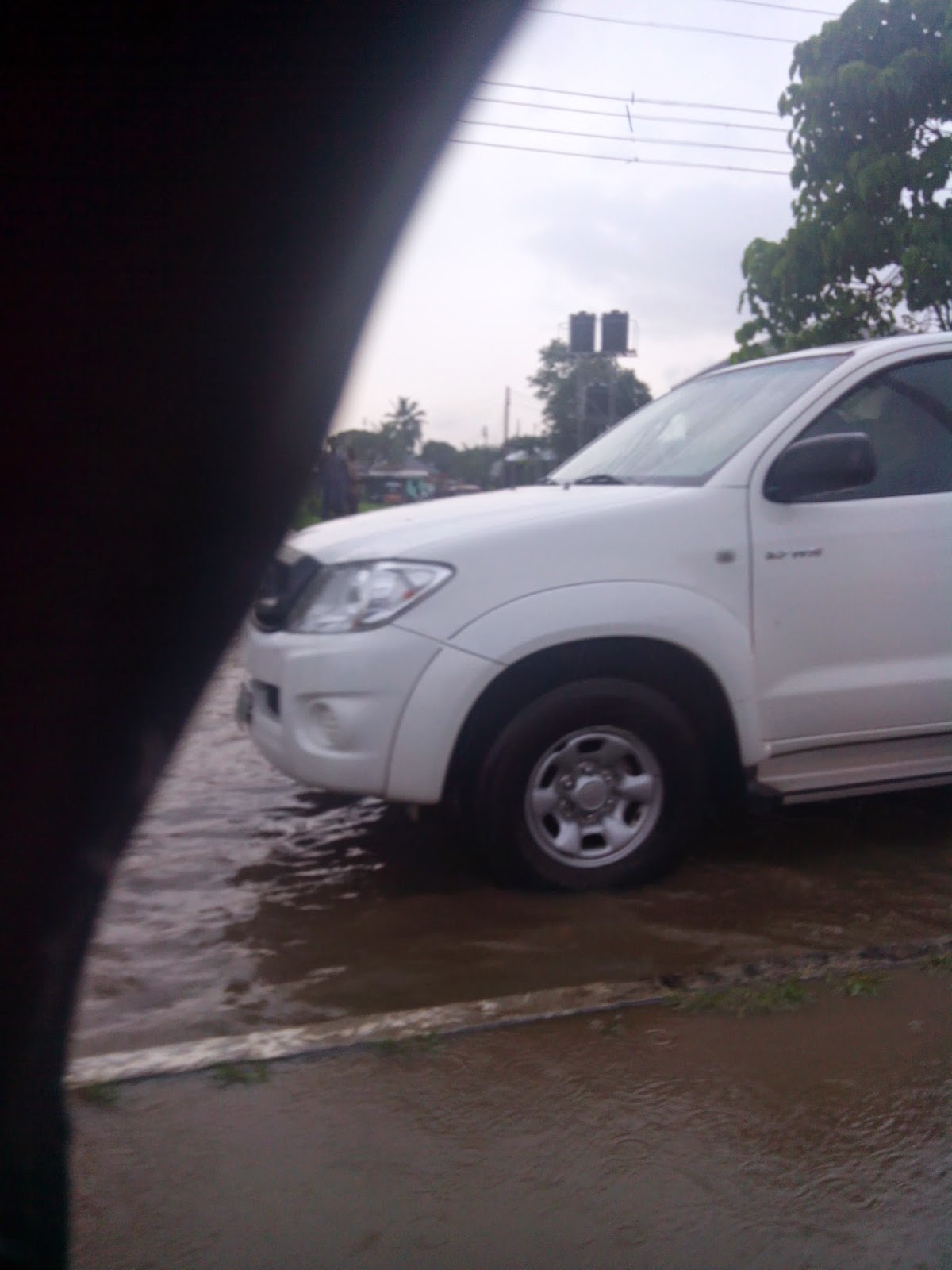 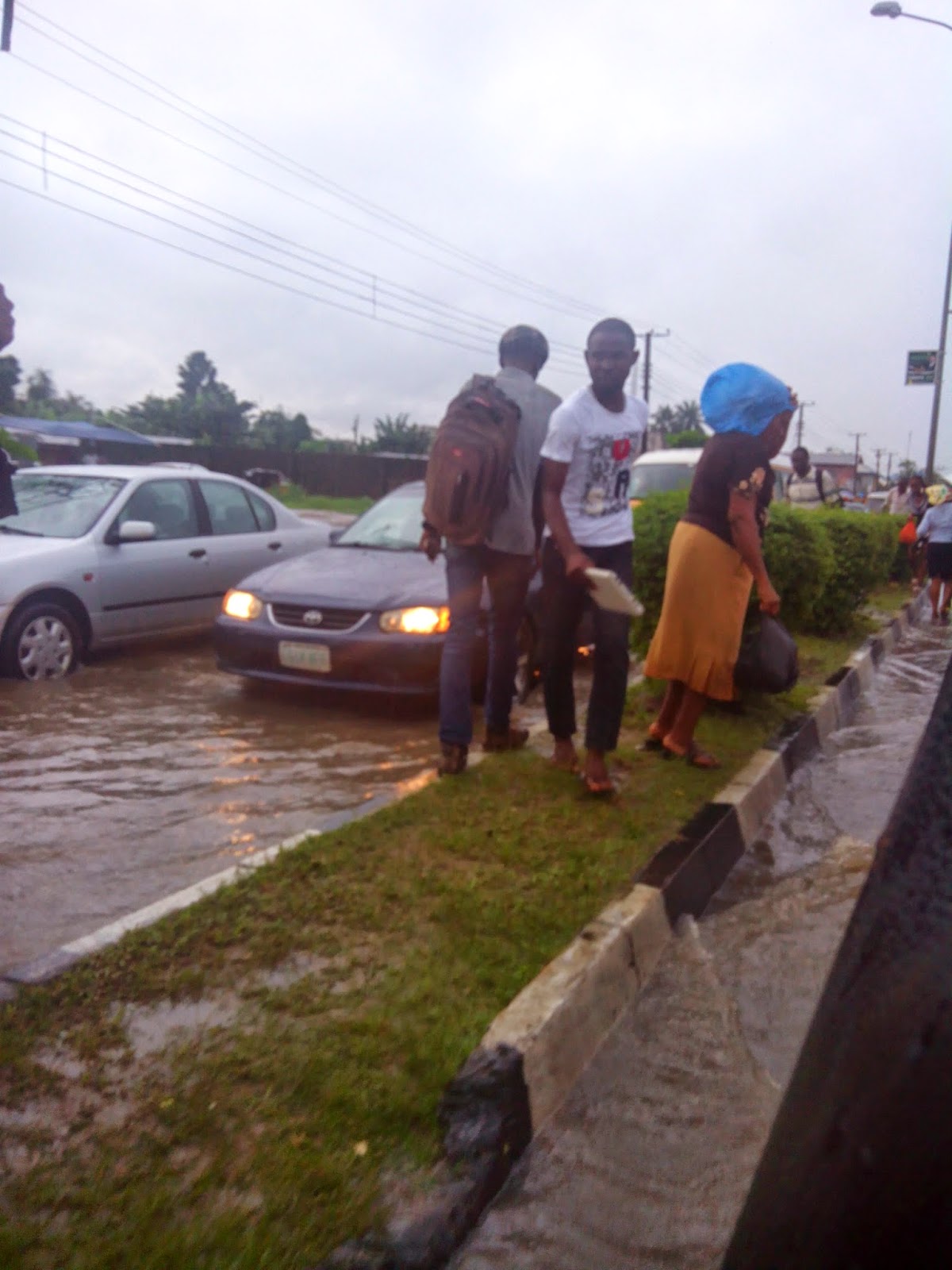 I can just imagine the amount of germs in the water….ewwwww. And a small person should not venture to enter some of the water I saw, if you slipped and fall and can’t swim, you would drown.

I hope the rain stops tomorrow so that I can do some of the things I had plan to do today that I couldn’t. I need to get the new batch of hand sanitizers that should have arrived by now.

Gotta run. Hey, the Duchess of Cambridge is pregnant with her second child. Those royals be eating some fertility stuff, Prince George is barely 15 months. Oh well, Congrats to them.
Thanks for stopping by.

Luv ya,
Petite Diva
Written by Petite Diva at 2:00 PM