Hey you guys, thanks to a friend of mine I got to know about the campaign #boldlipsforsicklecell and I definitely knew that I was going to rock bold lips in support of it. Not only do I love bold lips (I rock fire engine red, dark purple/violet lips and dark brown lips frequently) but I also support any fight or cause to help in the research for sickle cell disease.

You see my genotype is AS which means I carry a trait of the sickle cell (i have some sickled RBCs). This means that I have a potential to have kids that would be SS (sickle cell) if their father is also AS. There is at least a 25% (the key word is at least but it can be more than that) chance of couple both having AS genotype producing an offspring with SS. So because of that I have been weary of dating without knowing the genotype of the guys.

Since I was a kid my mother keeps telling me, no, that should be warning me not to even try dating anyone with AS genotype. She said that even before we decide to start dating I should make sure that I know the genotype (like see the lab result)…lol. The woman does not want to hear story o, she just wants to be sure.

Sickle cell warriors (as they are now called) have the SS genes and are usually prone to a lot of health issues. This is because their red blood cell which carries oxygen is not spherical like the normal ones but it is sickled shape. And these cells break down much more rapidly than the normal red blood cell so they are prone to have anaemia. For more information check here.

Anyway I decided to rock my bold lips today which incidentally is the birthday of a very fierce sickle cell warrior, the flyest Nigyptian (Yes, I wrote Nigyptian if you want to know what that means ask me) on the planet, a navy girl for life, a great mother, a really beautiful woman, really intelligent and a great friend FATIMA. Fatima and I were classmates in Nigerian Navy Secondary School, Ojo and we have been friends since. Yes we lost contact at a point but we finally found each other again. She is a twitter celebrity (so be sure to follow her @fatumoriginal) and is also a blogger (check out her blog at http://onceuponafatum.blogspot.com) .

Dear Fatima, I wish you all the very best in life. Lots of love, laughter, happiness and joy would be yours. Wish I was there with you, we would have painted the whole town RED.

Here are pictures of me rocking my bold lip (I chose a dark plum colour and applied gloss): 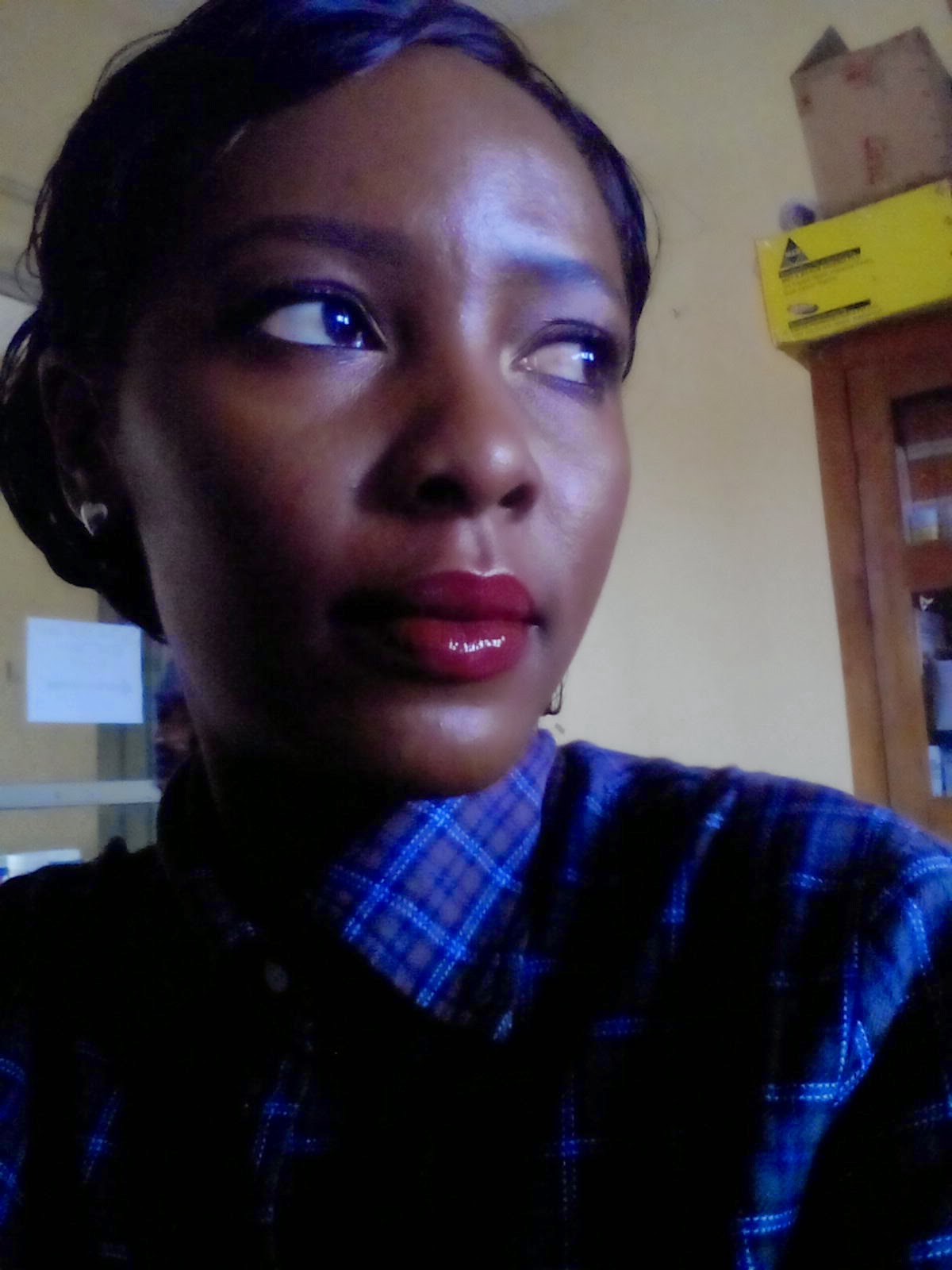 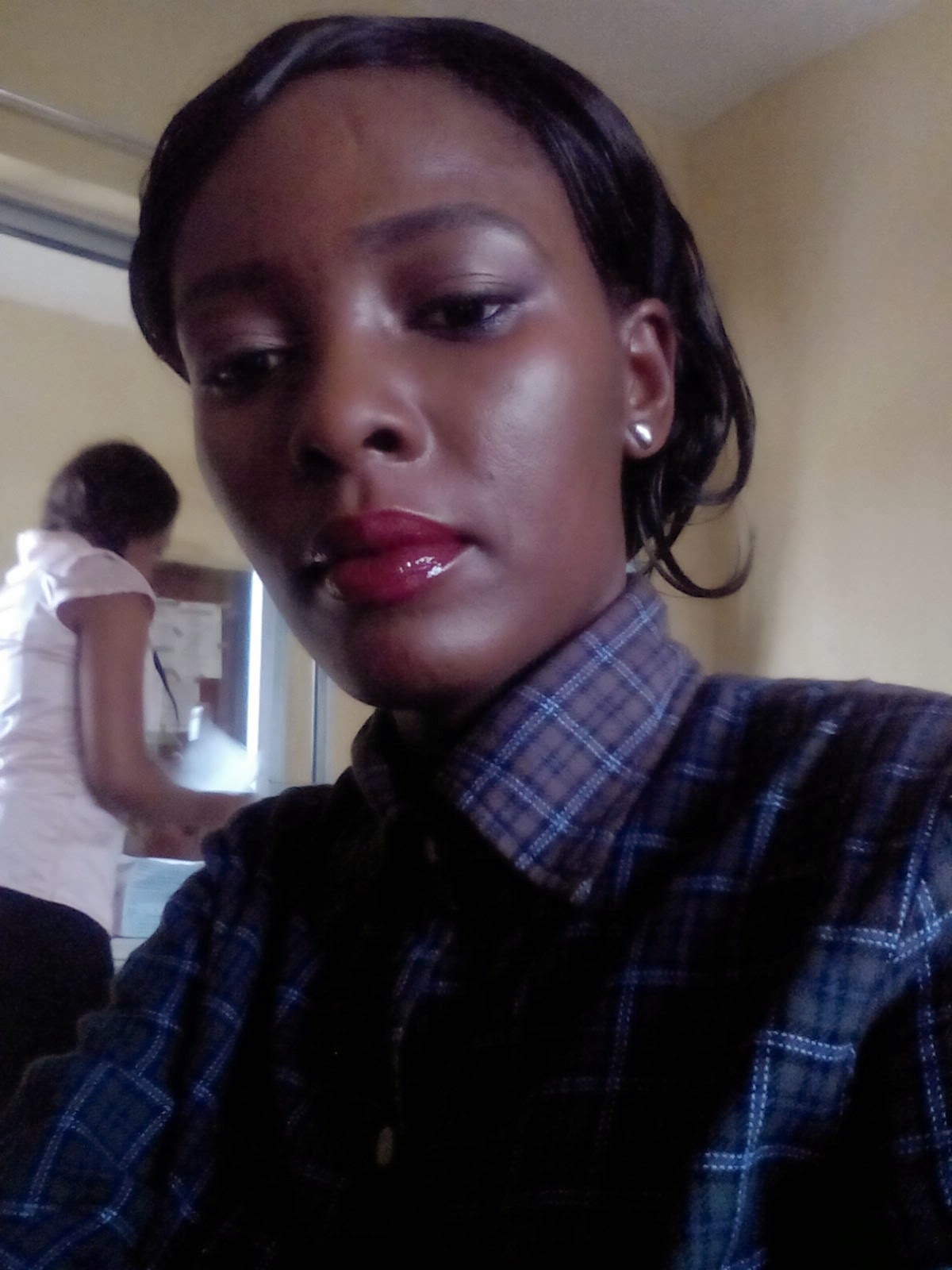 Ladies out there who want to join the campaign all you need to do is apply a bold lipstick, take a picture and upload it on any social media and include the hash tag #Boldlipsforsicklecell. It is as simple as that! And you could also use this opportunity to know you genotype or you can go all out and check your blood group and rhesus status too (it is very important for ladies, i would have to talk about it soon) and even serology (HIV....don't shout, it is better to know your status). I did one about 5 years ago and i think i would do one soon, once my tummy ache subsides.

That is all for today. My stomach seems to be better but it still hurts. I am eating like every three hours now, hopefully the pain would eventually go and never come back again. I just thought of this now, if I keep eating like this and gain enough weight to my desired weight I won’t be able to stop with the eating. So when that happens I hope I would find where I can learn what I always wanted to learn to keep myself in shape. What is that you might ask? I would love to learn either boxing or any martial arts *coveringmyface. What?! I want to know a form of self defense, is that bad?..

Luv ya,
Petite Diva…
Written by Petite Diva at 2:04 PM