BETWEEN NOLLYWOOD, GHOLLYWOOD AND HOLLYWOOD MOVIES 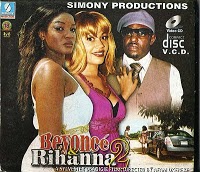 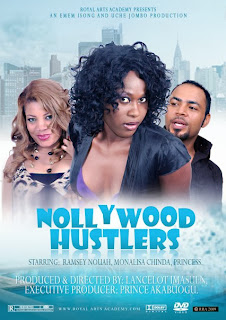 So yesterday I remember scenes of a Ghanian movie that I had watched some years ago and went searching for it at some video stores, no one seemed to have it cos it is really old. I ended up watching it online (I need to quit watching movies online, I have used over 7GB in one month and it is really telling on my pocket). The name of the move is ‘the game’.

I really like the movie. I think it was among the first Ghanian movies (sane Ghanian movie because apparently Ghanian movies tend to be a cross between normal movie and porn) I had ever watched and I was impressed. Since I am a sucker for a romance that has a feisty but lovely lady and a calm and strong guy, guess the characters I liked best. Yep! For those of you who have watched it, you would have guessed right. Brandy and Ronnie aka Mishel!(Is anybody seeing a pattern in the romance i like, 'Lois and Clark', 'Brandy and Ronnie', hmmm). I liked the fact that he went undercover to try and expose her lies and ended up falling for her. The part that made me laugh was when he told her that he loved her and she told him he must be joking because he was poor (all an act by the way). He said that 'Love can survive all things' and her reply was ‘Yeah! In movies and cartoons’…….hahaha, a classic comeback from a hood girl.
I was impressed with the acting of the actors and actresses but there were some cases where I felt they were acting crap. Who squirms against a front door in a house like a worm and calls it an ‘art of seduction’? Ewwwwww. I am seriously hoping that guys didn’t find that sexy. But judging by the seducee’s action of eventually sleeping with the seducer, it worked but then again it is just a movie. However I feel that movies should try and portray things that are real and factual and guys that scene was not it at all! But it might shock me that some guys would have found that sexy. Men ehen! You can never know with them.

Some parts of the film didn’t make sense to me or should I say were not necessary but it was still an okay movie. Maybe I am partial because I like ‘Brandy and Ronnie’s story’ or because it was not made in Nigeria.

The amount of crap that Nollywood produces amazes me. I barely watch Nollywood movies. The ones I have watched can be counted with my fingers and toes. The level of acting is too terrible for me to stand and the props are usually horrible. The lack of details is amazing. Sometimes i wonder who the producers and directors are. The few Nollywood films that I have watched have been because of the presence of some particular actors or actresses that I know have a sense of respect for themselves and have good acting skills. The title of the movie also matters to me. If I watch a Hollywood film that had a particular title and I sight a Nollywood film(Nigerian films) that has that same title I would never touch that movie with a long pole because I can categorically tell you that the movie with be a whole load of rubbish.

How can you act a film in less than 10 days and expect a spectacular film to be produced? It is amazing the lack of preparation that goes into a Nollywood film. An actor in Hollywood would get a role as a navy seal and prepare for the role by undergoing at least one month training with real navy seals. He would able to say some terms/lingo known to them and act like them. A Nigerian actor would get a role as a lieutenant in the army and won’t be able to even salute the army way, you would see him saluting like a boyscout. What total nonsense?

I guess it is because there are no film critics here in Nigeria. Once you have money, you produce rubbish and then do a premiere and do a very annoying advert, people would buy not knowing it is total rubbish. And before anybody starts saying I shouldn’t be so harsh on them, that we don’t have the resources like Hollywood so we can’t be like them yet. Granted we don’t have the resources like them but we should take the pains to do things right. And not sprout nonsense on television. Even the script writers are to blame. How can someone say that the sex of a baby was determined at 8 weeks? I heard that on a television series that was supposed to be medically inclined. I was so pissed! 8 weeks ke!

That was it for me. I decided to restrict my viewing of Nigerian movies and television series before my brain was corrupted. My mother always told us when growing up that we should never watch a movie without learning something from it. And trust me that attitude helped a lot especially due to the fact that since I never used to watch Nigerian movies and was limited to foreign movies that made sure what they said was right.Having that attitude watching a Nigerian movie meant i ended up wasting my time because i won't learn anything instead i would be vexing because of the silly mistakes that were made.

Even watching Indian (Bollywood) movies seem to be better than Nollywood movies. The first time I heard of 'Thalassemia' anemia was from an Indian movie. A month after hearing about it in the movie and researching a little about it, we had a lecture on it in class (pharmacy school) and a question was also asked on it in exam. Now please tell me how did you think I fared in that question? You guessed right, I got all the marks for that question because I could easily remember since I had linked the anemia to the film.

I personally think for Nollywood to improve we need people to criticize the movies that are made and influence people to boycott watching crap. If a producer knows that if he won’t make up to 10 thousand naira when he produces crap, the next time he thinks of producing another movie he would dot all his I’s and cross all his t’s. It takes just one person to produce a great movie, make some serious bucks and you would see the 'copy copy' great movies that would follow. And if you think it is not that easy, I say you are wrong. Why do you think most movies are now been shown at the cinemas first before they are produced on dvd? I remember Stephanie Okereke producing a movie and showing it strictly in the cinemas for about 2 months, she made about 10 million in one week or so and made a mighty profit from the cinema tickets and later the dvd release and now we have every tom, dick and harry showing their movie in the cinemas first.

Oh well, it would get better for nollywood one day but till then I would stick to Hollywood movies, bollywood movies and even british movies (though those people can be boring at times and have serious accents that takes me a while to understand what they are saying because I am so fixed on their accents) thank you very much. I would like a movie to relax me and not make me angry.

That is all for now folks. I want to watch my ‘hollywood’ movies since my call seems to be light. Thanks for stopping by.