I know I am supposed to announce the winners of the giveaway today but due to the fact that something major happened last night I just couldn’t. If you haven’t heard, Nelson Rolihlahla Mandela has gone home.

I know a lot of people would say what the heck does that mean to them but to me his death means a lot. I might not have known him personally or had ever met him but i have been blessed by his life. For those who don’t know I went on my first international trip this year and due to God’s design I ended up in South Africa. I was privileged to see South African history and culture first hand. I am not a history person but going round and listening to the stories changed me. I probably can’t remember all that was said but some things struck home.

Before going to South Africa, all I knew was that it was the country of Mandela and Apartheid. I never fully understood what had happened. Only for me to go and see that what had happened was much more than I had thought. People gave up their lives, their comfort, their everything so that others that they didn’t know and would never know would have a chance to live a good life.

It didn’t matter the colour of your skin or your age, they all knew that they wanted better and were determined to get better. When I went to the apartheid museum and my friend was trying to be a good guide, I was not interested at all. All what she was saying was passing through one ear and going out of the other ear. It was later during the visit that I began to grasp what had happened. Reading the abridged version of ‘long walk to freedom’ finally made everything sink. I was in awe of the strength and determination of Mandela and his comrades.

To say I came back a new person is an understatement. It became clear to me why God changed my original plan to go to Dubai to South Africa. He wanted me to understand that a life well spent is a life that blesses others, that inspires others and helps makes the world a better place. I know that I can never be like Mandela and his friends but I can try to impact positively on others with all that God has placed in me.

God knows that I would probably have died if I was sleeping on a mat and locked up for 27 years. And if by any chance I survived and was released and made president, heads and I mean serious heads would have rolled. It would have taken God sending an angel to stop me from rolling heads. However It amazed me that he was willing to forgive and forgave. I am like, just like that? But it really showed how great he was.

Another death within the past 7 days that made me sad was that of Fast and furious’ Paul Walker. I love the fast and furious movies and I loved Paul Walker in the movie. I was sad because of the way he and his friend died. I was sorry that his daughter and family had to bear his loss. From what I read other people say he was a good man. However I didn’t understand the extent of his goodness. I had asked God why he had to take him at such a young age and I believed that all was well. It was a couple of days when I understood why he had to go.

Paul Walker apparently was one of the few celebrities that believed in doing good things in the secret and not blowing it up in the press. Stories of how nice he was, how great he was, how he bought an engagement ring for a soldier to give to his wife, stories of how he would cut down trees to get to people who had been trapped during natural disasters started to appear. He had apparently been doing great things and it was not blown up in the press because he made sure everything was quiet. The most touching picture of him that I have seen now was a picture where he was wearing latex gloves and taking the blood pressure of a child in the disaster stricken place.

I know I am sappy but that touched me. In a world where most celebrities and royals say they are involved in charity work and don’t bother to actually work with the charities and when they show up about a gazillion pressmen are there. And then another gazillion photos are published in the press. The photos and stories we are hearing are been told now because he is dead. All the people telling his stories (different people that don’t know each other) all say that if he was alive that they would never have been able to say it because he won’t allow it.

Then it finally clicked. I feel that he had to go because God wanted to use all what he has accomplished in his 40years on earth to achieve greater things than he could ever imagine. I feel that with these stories that have shown what a great man he was so many people are inspired to do better than they have been doing. I don’t know about you all but I do know that I am inspired.

The deaths of Paul Walker and Nelson Mandela has reminded me that I want to be really involved in charity work not donating and posing stuff, real work. Maybe one day I would talk about what I mean by ‘real charity work’. And it also reminded me that I need to have courage to go out there and do what I desire. I might be the only one and might be discouraged by people but the desired end is worth it.

These men were not perfect at all in fact there are quite a lot of things that I found not pleasing but friends, the point is that they lived a good life. And that is the most important thing. They lived lives that has inspired and blessed people. I feel that we are not on earth to live for ourselves but on earth to be a blessing to others and if you are not a blessing to others, you are just wasting your time.

I know this post might not please a lot of people but I am sure there is someone out there that was inspired by this post and that is all that matters. So I leave you guys with some photos of Paul Walker and Pictures I took in South Africa. Rest In Peace, Paul Walker and Nelson Mandela. 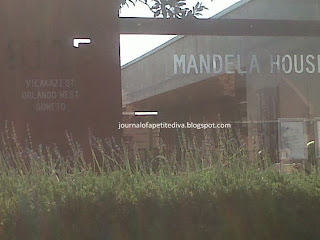 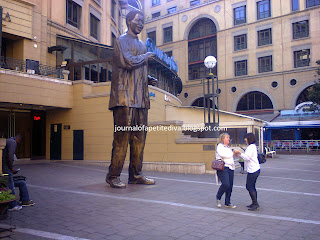 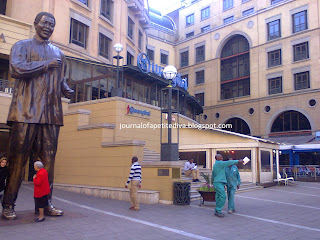 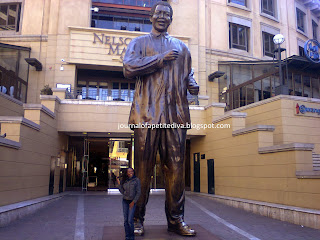 Thanks for stopping by guys.

Luv ya,
Petite Diva.
P.S: To check out heart warming stories of Paul Walker and find out about his charity, click here.
Written by Petite Diva at 9:41 AM