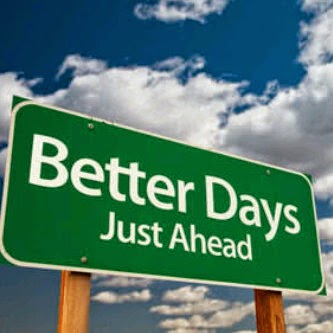 Hey guys, would you imagine what happened yesterday? I was feeling a little down in my spirit. I don't know why it happened but it did. I just took the gratitude challenge a day before and the next day i was feeling off. I guess i forgot what i was supposed to be grateful and almost allowed the devil to throw a little negativity my way. It took me praying and remembering the gratitude challenge for me to get my spirits up. I had to remember a lot of things i was grateful for and the sad cloud passed away. Thank God for his mercies....

One of the things that caused me to worry was my upcoming exams. I can't seem to focus. I don't know what is wrong. I am really struggling. I am thinking of shutting down from the internet world for a while. I think i need to get away from everything. Now i understand why the rate of examination failure is high. There are now too many distractions.

So this Ebola is spreaading like crazy. It has been confirmed that there are about two cases in Rivers state caused by an irresponsible diplomat and a stupid, idiotic (God forgive me) doctor. How can a medical doctor who knows the magnitude of this Ebola virus treat a suspected case in a hotel and also be going to the hospital he works in? Now the doctor is dead while the diplomat is still alive. The doctor truly messed up BIG TIME!! I don't know what he was thinking. As for the so called diplomat i want to wear a personal protective equipment, go to where he is and beat the crap out of him. After beating him, i would then poison him. He is a total disgrace to humanity! I don't get how people can be so irresponsible. I am still waiting for the Nigerian Medical association to say something about the late doctor. Was he that broke or irresponsible? Did he think he was invincible or immune? I just don't get it. Now his wife is showing some symptoms. Why did he take such a risk?

The suspension on the residency program for the doctors has been lifted, Thank God. A doctor friend of mine wrote this on her facebook wall...

'Thought just came to me..We doctors go the extra mile for our patients. We give them free medical treatment over the phone or even at their homes or ours. We even give them treatment that's meant for another specialist like an physician treating a child of a friend when rightfully should queue at the clinic and see a pediatrician. Or a resident taking sample and making sure results are gotten that day and stay awake over the night during call duty to ensure that.

But alas all the while during the suspension and sack of resident doctors none of the patients or even relatives that I lent a helping hand to has called to sympathize with me. Instead they rejoiced and said we deserved it.
Though i feel hurt i am not seeking for sympathy.
Its only gonna make me WISER'

She was not the only one who i had seen say this (i don't know if it is a message that was sent to all of them). And i have to confess i am one of such people who did not call or ask about the suspension. I still maintain that suspending them was not an option and it seems federal government knows that. When i heard of the suspension i thought it was ridiculous and said so but i realised that it was a plan by the government to cause serious confusion in the doctors camp and weaken their ability to fight and it seems it worked.

However why i didn't ask about it or say anything to my doctor friends was because not only did i know that the suspension would not last for long i also did not want to offer any sympathy so that i won't have problems with them. Why you might ask, the simple reason is that after all the insults and 'put them down' statements i received when the strike first started i had decided to never discuss anything related to the friction between doctors and other healthcare workers. I just want to keep everything neutral so that i can sincerely smile when i see a doctor friend and not carry around a lot of hate. Because let's face it, this strike was not for the benefit of the healthcare system and the populace, it was for tremendous selfish reasons. And because of that a whole lot of things have gone wrong for them. I was not just not interested in starting the argument again. I have already deleted some doctor friends from my life, i would like to keep the remaining ones. So whatever NMA does or doesn't do is totally not up for discussion.
It is in the news that Brad Pitt and Angelina Jolie have gotten married after having kids and staying together for 9/10 years. I don't know why i don't like that couple. Scratch that! I know why! I have never liked the way they treated Jennifer Aniston. I don't care if Brad and Jennifer were having problems at least they would have treated her better. Anyway after the whole incident nothing can make me like them. That is my own opinion by the way. It doesn't matter. They are together and it seems like they are comfortable with each other.

The church of God is really under attack. Pastors are now getting divorced. I read that Pastor Chris and Anita of Christ Embassy (a popular church in Nigeria) are getting divorced. And i feel so sorry for them. Marriage ain't easy and add being a pastor of a very large church to that, it can be extremely challenging. I hope they sort out their problems and overcome this hurdle in their life. God is not man that he should lie. Things would definitely work out for them. Pastors have been known to have issues in their marriages too and God helped them through it.

Well, guys that is all for today. I have to go now. Thank you so much for stopping by. Two of the bloggers i nominated for the gratitude challenge here have accepted the challenge. Check out their blogs on what they are grateful for.