THOUGHTS IN THIS CRAZY HEAD OF MINE 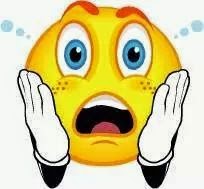 Hey guys, welcome to the diva show. I am your host, Petttttiiiittttteeeee Diiiiivvvvaaaaaa. How is your day going? Have you done anything fun? Did you miss me yesterday? I was unable to write day before yesterday because I was doing something important…..WATCHING MOVIES….*smilingsheepishly* I couldn't post anything yesterday because airtel decided to go on holiday. There was no internet signal.....#angrymodeactivated.


On wednesday, during work hours I finished selling off the hand sanitizers I had….Whoop! Whoop!! I can’t still believe it…It is God o. Because I remember seeing the sanitizers when it was sent to me and thinking of how I would sell it and now it is alllllll gone. I even have people on the waiting list for the next batch that the price has now increased (apparently 3 days after I was sent the other batch the price was increased). I am not making a lot of profit because I am a business woman with a huge conscience (even the profit that I am making is making me uncomfortable).

However the profit on the first batch was enough to pay for internet data on my phone and modem that should last for 15 days. So am I happy? Heck yes! At least I can use the money that I would have spent on data for something else. Hopefully I would be able to sell the next batch in record time.

So after work on wednesday was church where someone almost annoyed me but I decided I was not going to let the devil use him to spoil my day. I came home wet because rain was falling. Honestly I am seriously tired of this Akwa Ibom rain. Won’t it stop? Arggggghhhhhh. So after the soaking all I wanted to do was wear a pyjama, eat my food, drink my coke and watch movies that I got from an intern earlier in the day.

I watched (actually re-watched) ‘The backup plan’ (Jennifer Lopez and the cheese guy….lovely) and Tyler Perry’s ‘I can do bad all by myself’. Can I say this…..the guy that acted Sandino was cute! I think I know him from another movie (not sure though). I liked the sermon that was preached in the movie, it was about the parable of the woman that lost her coin and searched for it. The preacher made me realize that sometimes good people get lost in the troubles of the world but that doesn’t mean they have lost their value. They do, it is just that they have forgotten to how to use what has been instilled in them. Makes you realize that there is a potential good in every man and sometimes the good is not showing because the person is lost. It is now our job to make them realize that they are lost and help them find their way back. You all seriously need to check it out. Madea is also there with some of her craziness. I think it is an old movie though, I am not sure if I have fully watched it before but I think I remembered some scenes (which is why I said that I re-watched it).

A couple of weeks ago or middle of July I read an article that quoted Zoe Saldana saying she doesn’t talk to/ stay in touch with her exes. And I thought that was a bit harsh. I talk to my exes whenever they holla at me but lately I began to think that maybe she was on to something. I had been feeling a bit funny, I don’t know how to describe it. But I was thinking that maybe I shouldn’t have my exes on my social media pages because I didn’t really want them knowing about my life and I was not interested in knowing about their lives. However I thought I was being silly so I didn’t do anything about it.

However yesterday I saw one of my ex and though we chatted (there was mutual friend also there, Thank God) I felt weird. Hey! Stop it! It was not any lovey dovey feeling at alllllll!! And it was not any feeling of hate or hurt either. Actually it was a feeling of regret. You see I never regret my relationships, each one has taught me a great lesson and has helped make me who I am today but I regret some of my actions in the relationship. All I could think was HOW STUPID WAS I. I thought of some of the way I acted and how I was a bit too reliant on him at a point and some of my very wrong actions and I was mad at myself. I literally want to forget all about it. So right now I am thinking ‘could Zoe be right’? Is there any benefit to still staying in touch with your ex?

I really don’t know right now. So I ask you guys, what do you think? It is okay to talk to the when you happen to run into them but I am thinking that maybe associating more than that might not be so good. I think maybe when we meet again I would see if I still feel that way.

That is all for now guys. I have to say thank you to you guys. On Tuesday I viewed my stats and I saw that my blog was viewed 403 times and I almost went crazy. Like What?!! This tiny blog of mine has never gotten so many views in one day. I am so grateful guys. Thanks to Pat who said she liked my blog and I am such a joy. I was blushing when I read the comment. Thanks a lot to you guys that read and drop a comment and thanks to the guys that check up on this blog every day.

Okay enough writing for one day. I am going back to my movies. I just finished watching Red 2 (whoop! Whoop!!) and now I want to watch Street dance 2…What?!! *handsupintheair*It is not my fault. It is raining again and if I try to read I would just sleep off because it is cold (just look at my excuse, I pity for myself).

Thanks for stopping by…