Hey guys, how ya doing? (in Wendy William's voice...lol) Hope your Sunday has been cool? As for me, i was up to some adventure tripping and spending stuff today.

I washed my hair today but since i basically did what i did last week which was a moisturising wash i won't be writing about that. If you want to know what is involved in my moisturising wash please check here.

So after church i decided to check the church bookshop stand and JUST window shop. I JUST wanted to browse through what they had and then plan to save to buy later. But that plan went out of the window when i saw these books.... 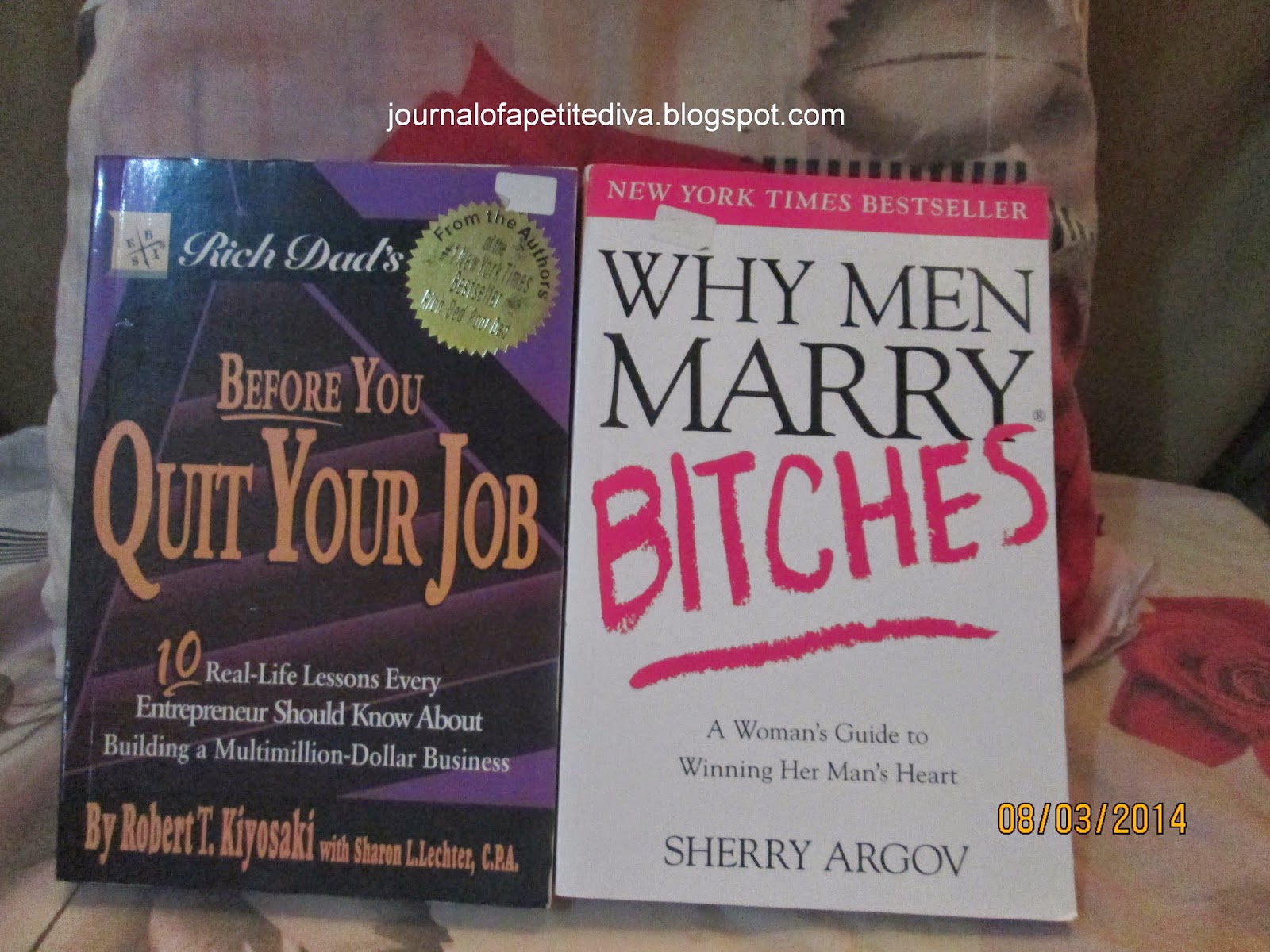 The first time i saw the 'why men marry bitches' book (at the same stand) i was like WHAT?! Why are they selling such book at the church bookshop? Then i figured the book would be good despite the title because there is no way my priests would allow such in the church bookshop if it ain't good. So today when i saw it again, i knew it was God telling me to get it because i actually thought it would have been sold. 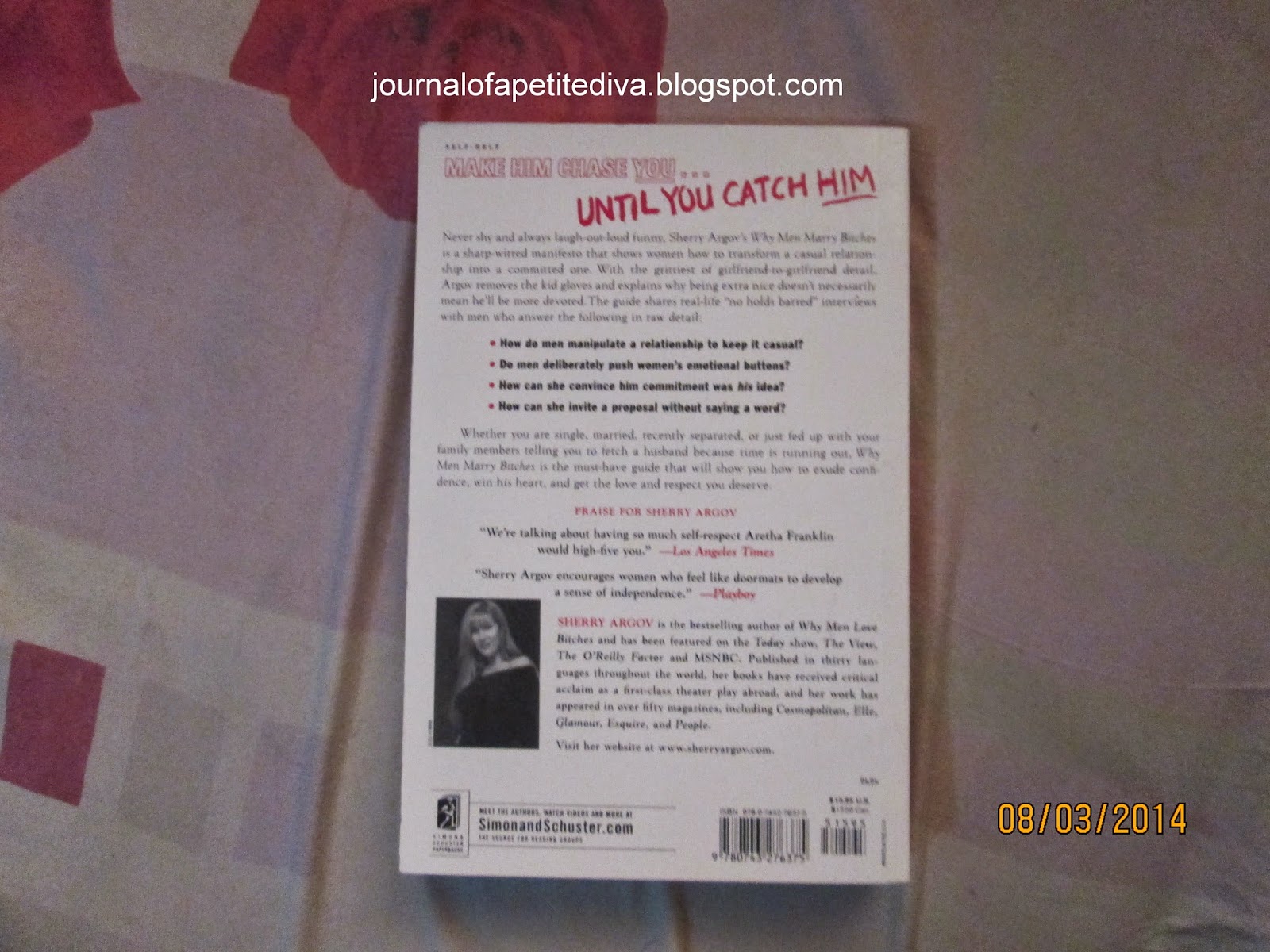 Then i used to read Robert Kiyosaki's Rich dad poor dad books when i was in University (when my mum practically forced me and my brother to do so) and i got some mini business ideas from it. They were not major businesses but i made just enough for me to buy some excesses without waiting for my pocket money. But now that i am working i seem to have forgotten all the principles. My mum thinks so too that is why the woman has said (again and again) that i must read the first book of 'Rich Dad Poor Dad' again and she has been bombarding my phone with saving/financial tips. So seeing that i have been thinking a lot lately on how i can earn a second income without quitting my job and without having to work for anybody i grabbed 'Before you quit your job' by Robert Kiyosaki.
Where did i get the money since the plan was to window shop? I was supposed to get some food items on my way back home so i had that money earmaked for the food items with me. I decided that i could cut some things out and quickly paid before i chickened out (see me cutting food out because of books *smh*). I don't know when i would read them because i am still struggling with my post graduate books but i am happy i have these books. I just realised i really buy books....*OMG!! I think i am a NERD!!!*.....lol But i am a fab Nerd....*dancing the electric slide*

I then stopped at an eatery called Kilimanjaro and decided to get some snacks because i was too tired to come back home and whip something immediately i got home (i might have collapsed before the food was ready).

I decided to buy the salad as a healthy balance to the meal (i know that ain't exactly true as mayonnaise was used as the dressing). But since i am not on a diet it is a healthy item for me *noddingmyhead*. Instead of my usual coke i decided since it was cold to make hot chocolate with this chocolate malt drink powder (picture below) that i got in Dubai. I normally don't like adding sugar to my malt or chocolate beverages since most of them contain sugar already so i didn't do so with this one and it was BITTER!! Yikes!! But since i am on a semi healthy kick i decided to drink it like that.

I also made a hibiscus tea drink (The local name is Zobo) but i am not finished with that yet so no pictures. I am hoping to get pineapple and ginger tomorrow then i would tell you all about it. We are on a journey to healthy living people, both body and mind and pocket....lol

I know this post is weird but i am too lazy to write the original post that i planned to do so i decided to turn my simple activities today into adventures. Hey i am the director of my movie (God is the executive director and Producer) so why not make it an adventure....hehehe *Dancingtohappybypharrellinmyhead*

Thank you guys for stopping by. I wish you all a beautiful week ahead...

Luv ya,
Petite Diva
Written by Petite Diva at 2:35 PM