LUIS SUAREZ AND HIS BITING HABIT 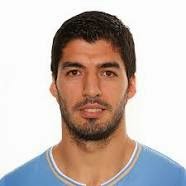 The Football (soccer) World cup is ongoing in Brazil (for those who didn't know) and Nigeria made it to the 2nd round (Thank God!). I don't usually watch ball especially Nigerian matches anymore, ever since 2008 when Argentina beat us at the finals of the Olympics. That loss was too painful for me because i was practically so absorbed in it and i got my heart broken by the performance of the eagles. I am still recovering from the heartbreak. However with this world cup i have been following some key moments like when Netherlands thrashed the living daylights of Spain the reigning champions and now the bite bite (some people are calling him dracula or vampire) attitude of Luis Suarez.

Honestly when i saw the pictures i couldn't believe it. I thought it was a trickery of the photographer or camera but after finding out that this is not his first time i had to agree with everyone that the man is a biter. Which got me thinking, why does he do so? I was asking the guys at work if there was any medical condition for it. They said it probably is the way he knows how to fight back when someone annoys him. I don't know if that is true but i personally think a slap is better than a bite. For God's sake he is a grown ass man and i think he is married. I can just imagine how sad his family feels right now.

Then Adidas dropped him from their endorsement deal and i have said that if and when i decide to get my gym gear i am never getting adidas. Why? I don't get all the dropping of stars that all these companies do when the stars get into trouble. I know no one would agree with me but i feel that if when the going was good and you decided that this person was worthy of endorsing your brand, you should stick to them. Why? Because that person is human, he or she is not above flaws. The brand itself is not perfect. I would respect any brand who has an endorsement deal with a troubled star that does not drop the star immediately. It is better in my opinion to let the person finish the contract and they should not renew it. This is my own opinion anyway.

Well, he has been banned for 4 months  and 9 international matches. For more information on his ban, please continue reading... 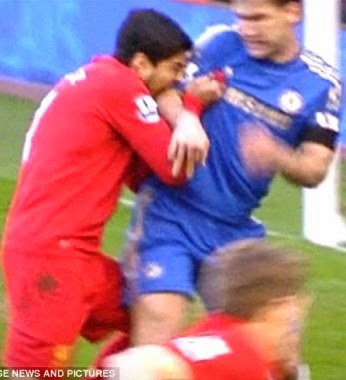 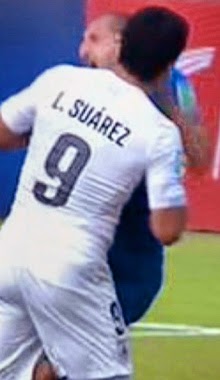 FIFA's disciplinary committee released a statement on their website stating this. See it below...


"The player Luis Suárez is regarded as having breached art. 48 par. 1 lit. d of the FIFA Disciplinary Code (FDC) (assault), and art. 57 of the FDC (an act of unsporting behaviour towards another player).

· The player Luis Suárez is to be suspended for nine (9) official matches. The first match of this suspension is to be served in the upcoming FIFA World Cup fixture between Colombia and Uruguay on 28 June. The remaining match suspensions shall be served in Uruguay’s next FIFA World Cup match(es), as long as the team qualifies, and/or in the representative team’s subsequent official matches in accordance with art. 38 par. 2a) of the FDC. Continue...


· The player Luis Suárez is banned from taking part in any kind of football-related activity (administrative, sports or any other) for a period of four (4) months in accordance with art. 22 of the FDC.

The decision was notified to the player and the Uruguayan FA today.
“Such behaviour cannot be tolerated on any football pitch, and in particular not at a FIFA World Cup when the eyes of millions of people are on the stars on the field. The Disciplinary Committee took into account all the factors of the case and the degree of Mr Suárez’s guilt in accordance with the relevant provisions of the Code. The decision comes into force as soon it is communicated,” said Claudio Sulser, chairman of the FIFA Disciplinary Committee.

I am so sorry for his family and even him because i think he has some issues that need to be hashed out. I hope he comes back stronger and better and less bitey.

Thanks for stopping by and a big thank you to those who liked my facebook page and leave their comments.

Have a wonderful weekend.

Luv ya,
Petite Diva
Written by Petite Diva at 10:03 AM