Hey guys, it is another fathers day and I would like to wish all the fathers out there a very happy celebration. Today I realized that my definition of father and the dictionary definition are now different. A father according to the dictionary would be one whose sperm fertilized an egg to form a foetus and later a child. But to me to be a father is much more than that.

It amazes me when some men claim to be fathers and they do not act like fathers to their children. They would practically opt out of all the responsibilities of their role but when there is an event or occasion that warrants the father showing off they would want to claim the name. When I see some fathers cooking for their family even when the wife is well and able to cook but they decide that they want to treat their family I am in total awe.


Recently there was a patient’s relative, a dad (I am in the children pharmacy now so the patients I see are kids) whose was frequenting the pharmacy to get drugs and staying with his kids who were on admission (apparently one fell ill then 2 days later the other fell ill) and I was wondering where the mother was. We got to find out that his wife had recently fallen ill too and was recovering so he didn’t want to place her under more stress so he was basically resident in the hospital. I had to give him some of my own stack of multivitamin so that he won’t break down too and because I was impressed.

I know that a lot of men would not have want to endure almost 2 weeks of hospital stress. They would have told the wife to just manage and come to the hospital to stay with the kids. There are other men that I have met like that who have sacrificed a lot for their kids.

As I was pondering on the fact that being a sperm donor does not automatically mean you are a father (because let’s face it, children of 13 years are now having kids), the weekly meditation in my church’s bulletin today had an article on ’12 traits of a great father’. It is usually written (or posted) by my fantastic venerable, Venerable Easy Ndekwu (yes na, I have to rep my venerable o, if I don’t do it who will?).

I enjoyed the piece and decided that I should share it with you guys. Also the fathers in my church also had a performance. They apparently are a choir, go figure... When they came out to sing, I thought it was going to suck but they really surprised me. It was lovely but then again why won’t it be? The choir director is a man and part of them and all the priests are men….hahaha. I ain’t beefing them o…lol

Here is the article, please future fathers and fathers already read and be motivated…

12 TRAITS OF A GREAT FATHER
‘Anyone can be a father’ but it takes a real man to be a daddy. A good father makes all the difference in a child’s life. He is a pillar of strength, support and discipline. His work is endless and often times thankless. But in the end, it shows in the sound, well-adjusted children he raises.

On Fathers day, much of the world will take the time to appreciate the fathers. This is a thing of joy, it is commendable and recommended. As we celebrate our fathers let us look at 12 traits of a great father, take time to see if you have what it takes to be a great father whether you presently have children or plan to later.

1.     He is a good disciplinarian: A good father loves his children but does not let them get away with mischief (all the time).

2.     He allows his kids to make some mistakes: A good father realizes that his children are human and that making mistakes is part of growing up. However he does not tolerate repeated irresponsibility.

3.     He is open-minded: A good father understands that times, people and taste change over the years and is not rigid.

5.     He accepts that his kids cannot exactly be like him: A good father recognizes that people are created differently and does not expect his children to live like him and do the same job or have the same career.

6.     He spends quality time with the children: A good father knows how to have fun with his kids, taking them out for dinner, sports and holidays.

9.     He challenges his children by giving them some liberty to face setbacks and resolve conflicts.

10.  He teaches his children lessons: A good father is the primary source of knowledge in the way of men.
11.     He protects his family at all cost
12.   He shows unconditional love: This is the greatest quality of a great father. Even though he gets upset at his children’s fault and may lament that they did not attain what he hoped for them, a father loves his children no less for it.

Whew! My fingers and wrists are killing me! Writing that took a lot of energy from me. A big shout out to all the secretaries out there, especially the older ones that had to type with a type writer (like my grandma who was a secretary before she quit to open her own buka, yes! i am proud of her.). I had to be checking the bulletin and typing and making sure I don’t make any mistakes. And to imagine that they are not supposed to look at the keyboard while typing and use both hands at the same time, it is really hard.

Anyway I hope you all enjoyed the article. Here are the pictures: 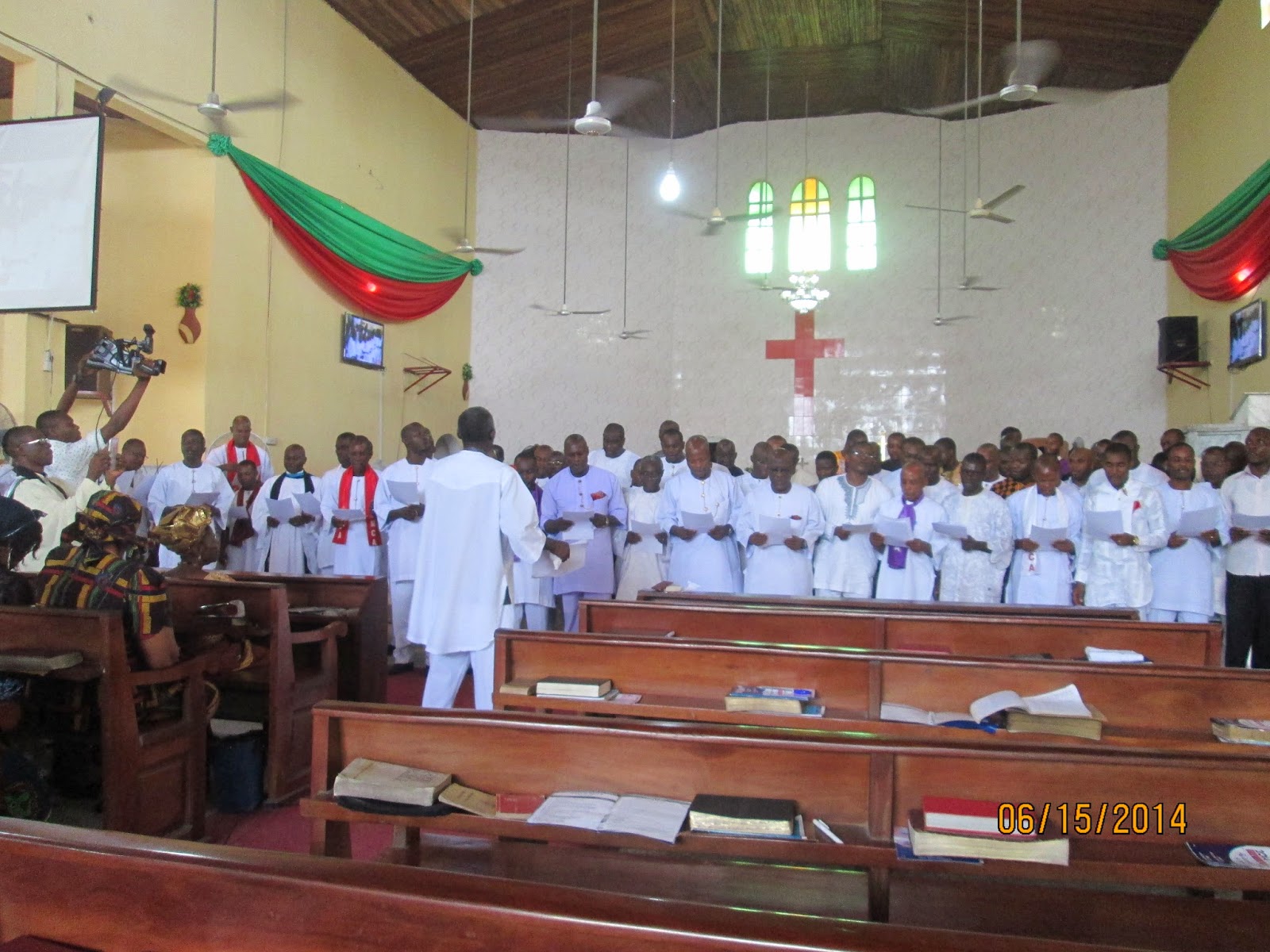 Again, I say Happy Father’s Celebration to all the Great Fathers (and Fathers to be).

Did you guys notice anything new about the blog’s look? Do you like? I am trying to improve it. I am still working on it. I seem to have forgotten how to tweak some areas but I am sure I would get a hang of it soon. Thanks to those who have liked my facebook page and for those who haven’t liked it, you can click here to like it. I also added a gadget at the right hand of this blog for those who want to subscribe to the blog by email. This would allow you to know whenever I have uploaded any new post by notifying you through your email.

I have to go now. I want to watch the latest movie (I think) of Ja rule (did you know that Ja rule's real name is 'Jeff Atkins'? All these rappers and thuggifiying their lovely names, uhn!) called ‘I’am in love with a church girl’. It is supposed to be a Christian movie. Apparently Ja rule is now a Christian, who knew? God does work in mysterious ways. Ciao…

Luv ya,
Petite Diva
Written by Petite Diva at 8:20 AM