I know that it has been a while since I did a hair post but i have been extremely lazy to write up on what I have been doing to my hair. Anyway for the past 5 weeks I have been on faux dreads. Since I knew that I was going to attend lectures almost immediately after I came back from Dubai, I had to get a protective style that could last for more than 4 weeks without me feeling like I want to remove it. The only protective style I felt like I could do that would favor me was braids but since braids are not good for my hairline i couldn't take that option. Then someone reminded me of faux dreads so i decided to try it. 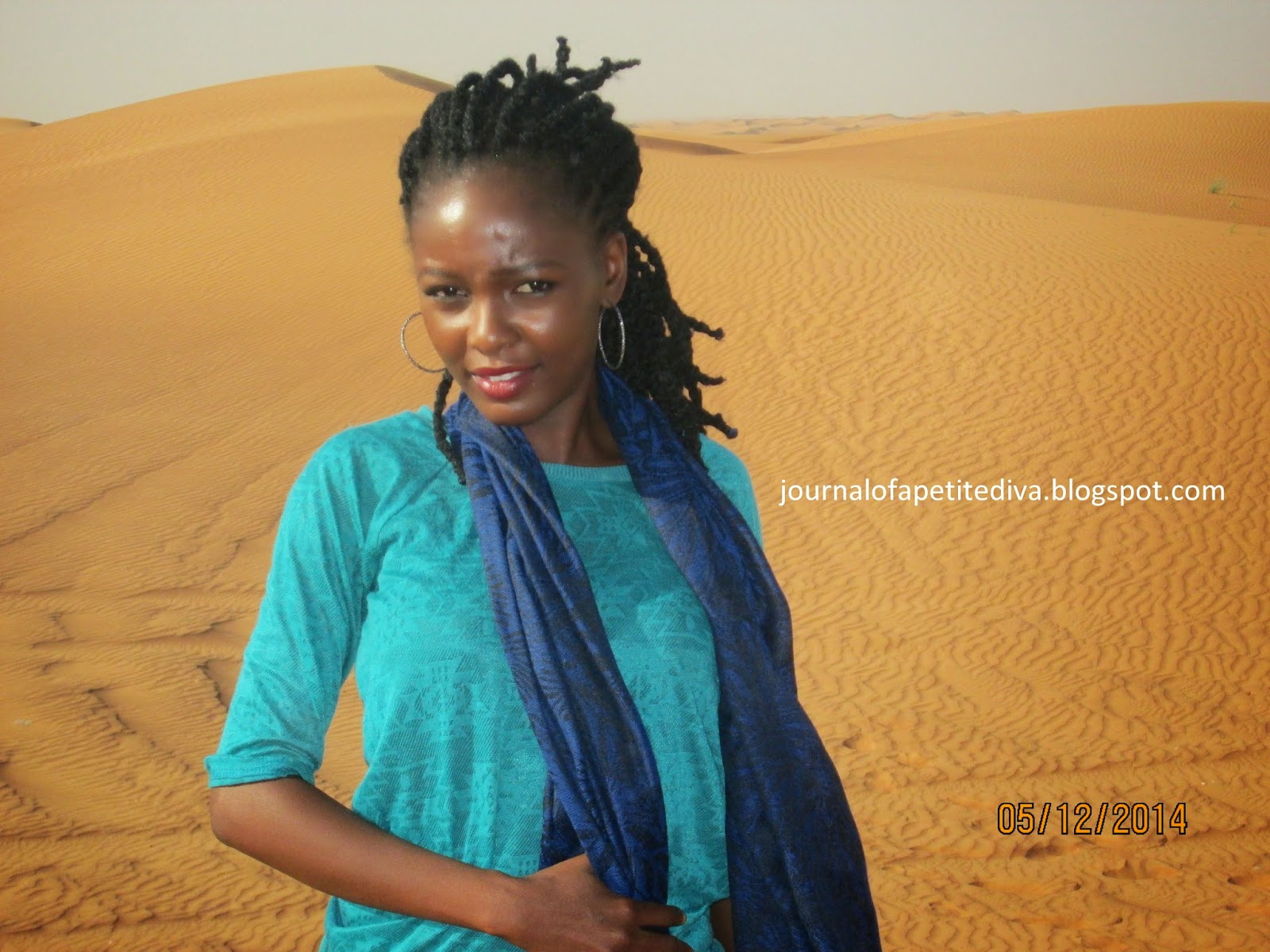 I had never tried the style before but I was optimistic that I would be able to rock it for some reasons. So here is a mini preview of the style:

LIKES: I like the fact that I have access to my scalp without any hindrance. It is so easy moisturising and sealing with this style. And I even wash and deep condition every week. The afro bulk attachment used dries so fast, within 3 hours the hair is almost dry. I also like that my hairline is not stressed. Unlike braids that put so much tension on my weak hair strands at my hairline, this has not caused any tension. This is simply because the hair is sewn onto my hair and not braided. My hair was first braided without any bulk hair i.e my hair was put in mini braids then the hair was sewn to each braid. So there is less tension. Like I said I have been carrying it for over 5 weeks and I intended to carry it for 8 weeks (a lot of people carry it for 12 weeks).

I like that it maintains its looks from when it is freshly made to when it is older. Because it is not normal braids, it doesn't look smooth like braids and might appear rough to people but it is not (my aunt told me to remove it that it looks rough, I didn’t bother to tell her that that was how it looked from the beginning). I prefer its looks to braids, because by now if I had installed braids my braids would have been a sore sight. It would have been so rough by now. Imagine how the Arabian people would have looked at my hair (i actually got a compliment from an Asian woman) and also if I had installed braids I would probably have had difficulty removing the desert sand from my hair when I went on the safari.

Major Digression: I just realised that those guys (UAE residents) don’t stock relaxers. What? So what are blacks supposed to do? Go natural or personally import relaxers? I remember when we were checking in at the Lagos international airport, a lady going to china was telling someone how she had to drop sometimes and couldn’t drop her relaxer. I am now realising why. They don’t stock brands that are tailored for blacks. I wonder how the blacks there are coping. A friend of mine whose sister is in Saudi Arabia said she can’t even find big toothed combs for her hair. Not cool at all.

DISLIKES: I don’t know whether it happens to others but I noticed earlier when I just installed it, my scalp used to itch a lot. It got so bad that I thought I was going to loosen it but my mum advised me not to. I had to wash it about 4 days after I installed it and I noticed a bit of relief. Now the itching barely occurs. It is a bit expensive to install but when you consider how long you can keep it in and the benefits, it doesn’t seem so expensive.

Basically I really like the style for now. I have heard scary story about hair breakage due to improper take down techniques, I am so hoping that the hair stylist who helps me take down the faux dreads would do a good job. I intend to allow her just take down the dreads and I would loosen the mini braids with a mixture of a moisturiser, oil and a little amount of water. And I was also told that the collection of dirt at the end would cause the hair to tangle and eventually break when loosening it. But since I wash my scalp every week I am hoping that there is no dirt accumulation.

That is all for now guys. I am presently on my first call since April *wailing*. I wish I didn’t have to do calls but hey that is what I signed up for, right? Thanks for stopping by. I hope to write soon.