GREAT CUSTOMER SERVICE IS NOT SO HARD…….. 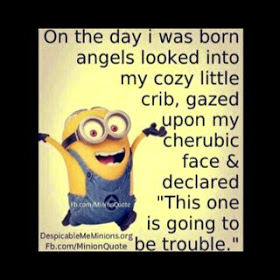 Hey guys, how  are you doing today? Hope you are great. I am doing okay. Far better than the last time I wrote. Thank God for his mercies.

While I was writing about my disappointment with the delivery company to deliver my documents, I had received a tweet from their twitter handle apologizing and asking for my name, address and tracking number.

Let me backtrack a bit and tell you all about how I had tried to get through t0 the company. After I didn’t receive my package, I had tried calling them…..Big mistake! I just wasted the phone credit on my line because I didn’t get through to anybody. I just got the automated voice and they just wasted my credit!

After my credit had finished, I checked the website and saw their email address so i sent a mail. Only for me to receive an automated reply that the email account was not monitored at that time. That I would have to send it the next day when the staff were in the office. I was so sad and annoyed. I then saw that they had a twitter account, so I searched for them on twitter and sent them a tweet. I have never understood twitter and all its hype but lately I am beginning to think it is the best avenue to get quick services from companies.

Why do I say so? As I was writing the last post, they had replied me. I was like ‘after wasting all my time and money, it was a message of less than 140 words that got their attention’. Na wa o. But I realised that twitter might be the best place to force companies and organisations to sit up and listen to your issues. However I would only say companies that are not in Nigeria because they have terrible customer service.

Meanwhile this company responded even though it was after 8pm and the next day when I sent the mail again they replied within 20 minutes apologizing. They then told me the earliest time they could deliver my package and asked what period I would be able to be available. Meanwhile choosing that service (of choosing a delivery period) would cost me nothing less than 2500 naira ($10/£7) and now because they knew they were at fault they were offering it for free. Now that is customer service…..
I think why twitter is really effective is because when you tweet and mention them, millions of people can see what you wrote so if it is bad it does damage to their reputation.....Not that it matters to people like GoTV!

Not the nonsense companies that you would call and they would do nothing about it but when you write a bad review about them they would call you up and down.

And what I noticed that most of the shops here do is give you the option of returning things. If the tag is still on it, you have your receipts and you return it within 28 days. Like how awesome is that? I can remember when I bought a scrub from a shop and the thing was burning my fingers and I went back to the shop to complain, they denied that I bought it from them.

I really wonder when Nigeria would be like that. Can you imagine because I am so Nigerian, when I went to get my blender and iron I asked the store clerk if there was a place where I could test the items before taking them home. I know right, I am not serious. But it is not my fault o.  The first Blender I bought in Akwa Ibom did not work and after going back, they said there was nothing they could do. My friends followed me and made noise but nothing happened.  The Guy just explained to me that the products have a 2 years warranty so if anything happens I can return it as long as I have my receipt. I was skeptical to believe him but my flatmate has returned some clothes she bought to a store and they gave her money back. And she keeps saying that I can always return things and they would accept it.

That is customer service not the nonsense we practice in Nigeria. Even the banks and telecommunication companies that you think would know better practice crappy services. Sometimes you feel like slapping them.

Anyway I am hoping they would finally bring my documents tomorrow. I gotta go. It is just 4: 40pm and it looks like 6:50pm. Yep! They are right, the long nights and short days have arrived. We had an extra 1 hour of sleep this morning because of the time change…..Yaaaay!! Thank God my phone had automatically reset itself, I just had to reset my watch since it was not a Casio Women's STR300-1C Runner Eco Friendly Digital Watch

so now we are on the Greenwich Median Time.