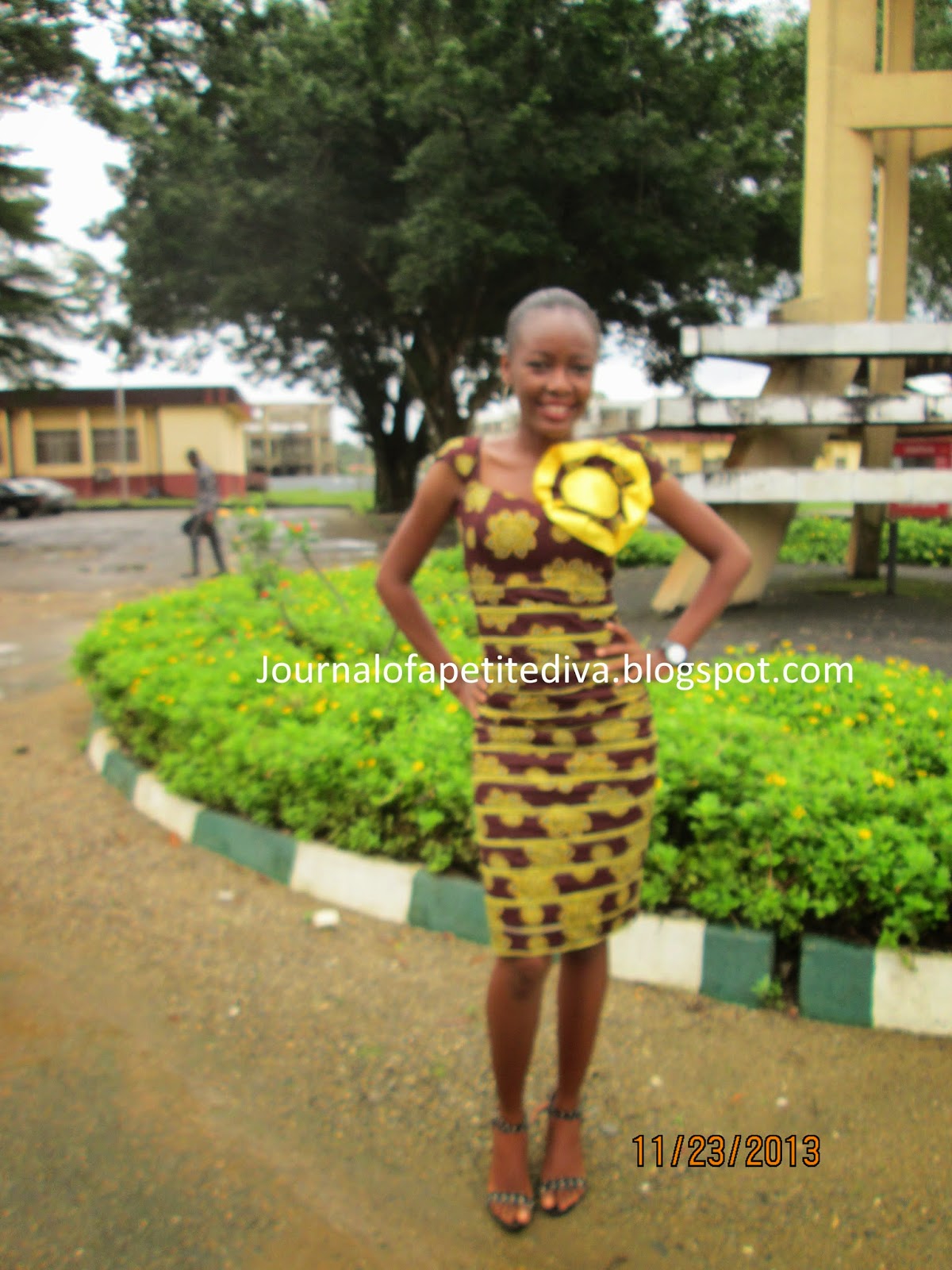 Hiiii guys, i am so back. Did you miss me? This post should be a video but since i don't have a camera or know how to edit videos i guess this post would have to do.

It has been a hectic couple of weeks. I thought i would be able to write on some days but it wasn't possible. I didn't realise that i had so much to read and since it has been a long time since i read for so long, i got tired of reading easily and couldn't read all what i had planned to read each day.

I practically had to forgo reading some topics because when i read them before i was totally lost (i didn't understand zilch) and didn't want to waste so much time on them. But that is all over now. We had the theory questions on Monday and multiple choice questions on Tuesday. How did it go? Hmmmm......

Let me gist you.... I was already very tensed up before that day that i felt sick. I had to take an anti malaria drug and on Saturday evening i felt really weak and feverish. On Sunday night i could barely sleep, i think i must have dozed off at 3 am or so, i kept tossing and tossing on the bed. I was so scared and anxious. I woke up at 5am because i had to get to the exams venue before 8:30am and my house is really far from the venue.


I tried to laugh with my friends when i got to the exam venue but when they gave us the paper on the first day and we were told to start it became a totally new story. I have done literally over 500 exams in my life from kindergarten school and for the first time in my life when i saw the questions i literally had a panic attack. I am not joking.

I saw the 7 questions and i started feeling dizzy, i felt like i was going to pass out. I thought that i was going to faint right there in front of everyone. I considered asking to the invigilators to excuse me for a few minutes to just step outside and breathe. But gradually God calmed me down and the fainting spell left me. it remained the feeling of confusion and blankness. I didn't know what to do. I tried to attempt one question after each other but i was totally blank. I however forced myself to scribble any rubbish i could remember for one question and gradually started to remember bits of the answers.

I can honestly say i didn't know or rather say i didn't remember quite a number of the questions asked but i was able to scribble something sha and submitted at the end of the three hours. But i can't believe that i reacted that way. While i was still shaking my head at myself i saw a friend and she told me that she had a similar reaction too. We were still discussing it when we saw another of my friend and she said the same thing too.

So i was like hey, it is not that bad then. It was not only me but i honestly don't like that i had that reaction. I was tensed like it was my final paper in pharmacy school and i desperately needed to pass so that i won't have to do a resit or repeat. Funny enough i never had such reactions in school.

My mother was really amazed that we let the exams get to us like that. She told me that i should remember that no matter what happens that i already had my first degree and my job and no one could take that away from me. She said my friends and i should just relax and calm down. It is quite easy to listen to but not easy to follow the advice. Oh well, the exams are over and done with, they say the results would be out by friday or monday. I have no idea whether i would pass but i really really want to pass. I can't afford to do this exams again. My body literally cannot take the tension again. And my friends also need to pass, we basically have been without a life for so long all thanks to the exams.

So to comfort myself, i took a trip to a pizza joint in Festac town and went to get some smoking hot pizza. I also got myself strawberry and chocolate ice cream with sprinkles from Cold stone creamery. Check out my pictures: 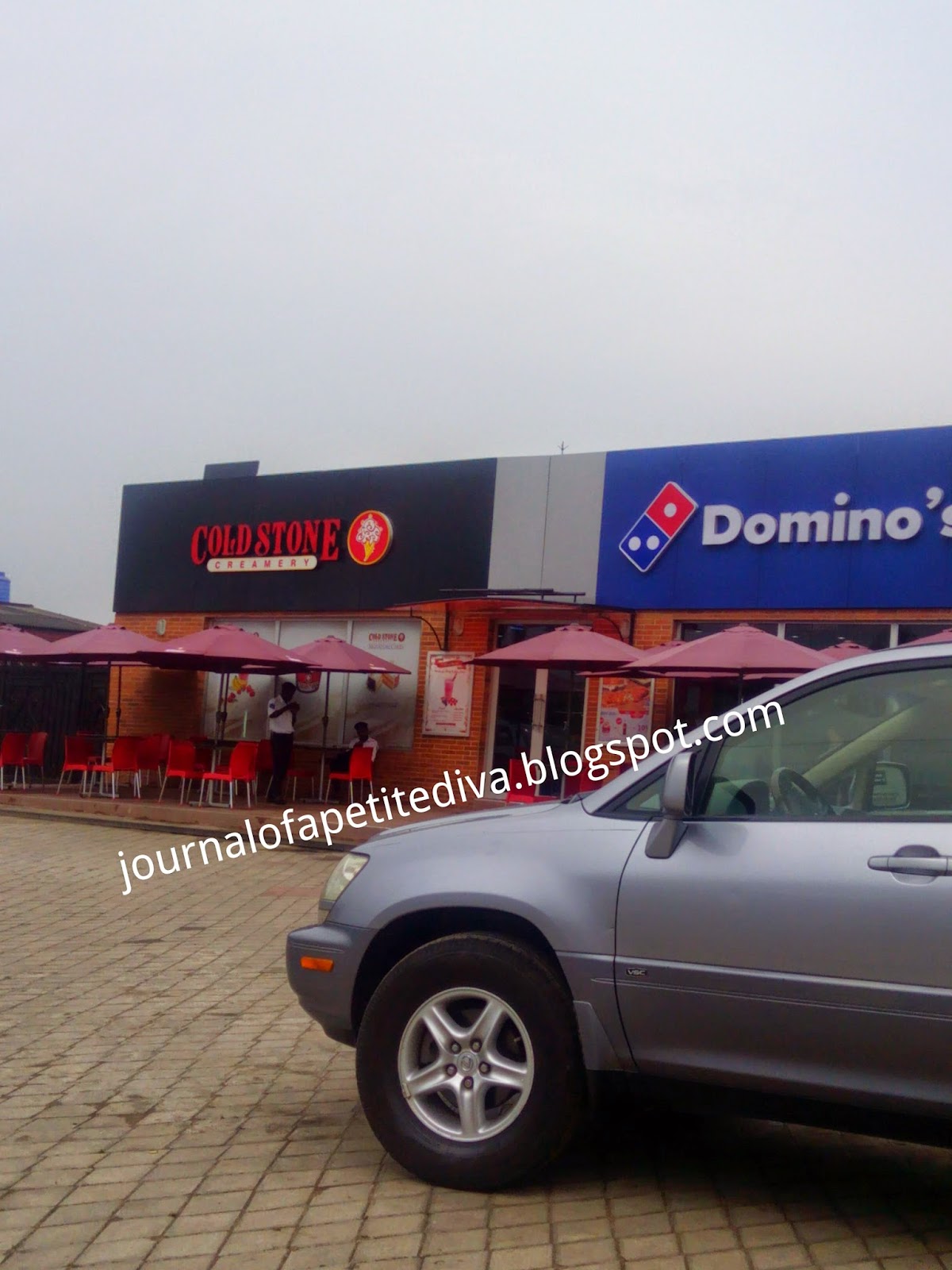 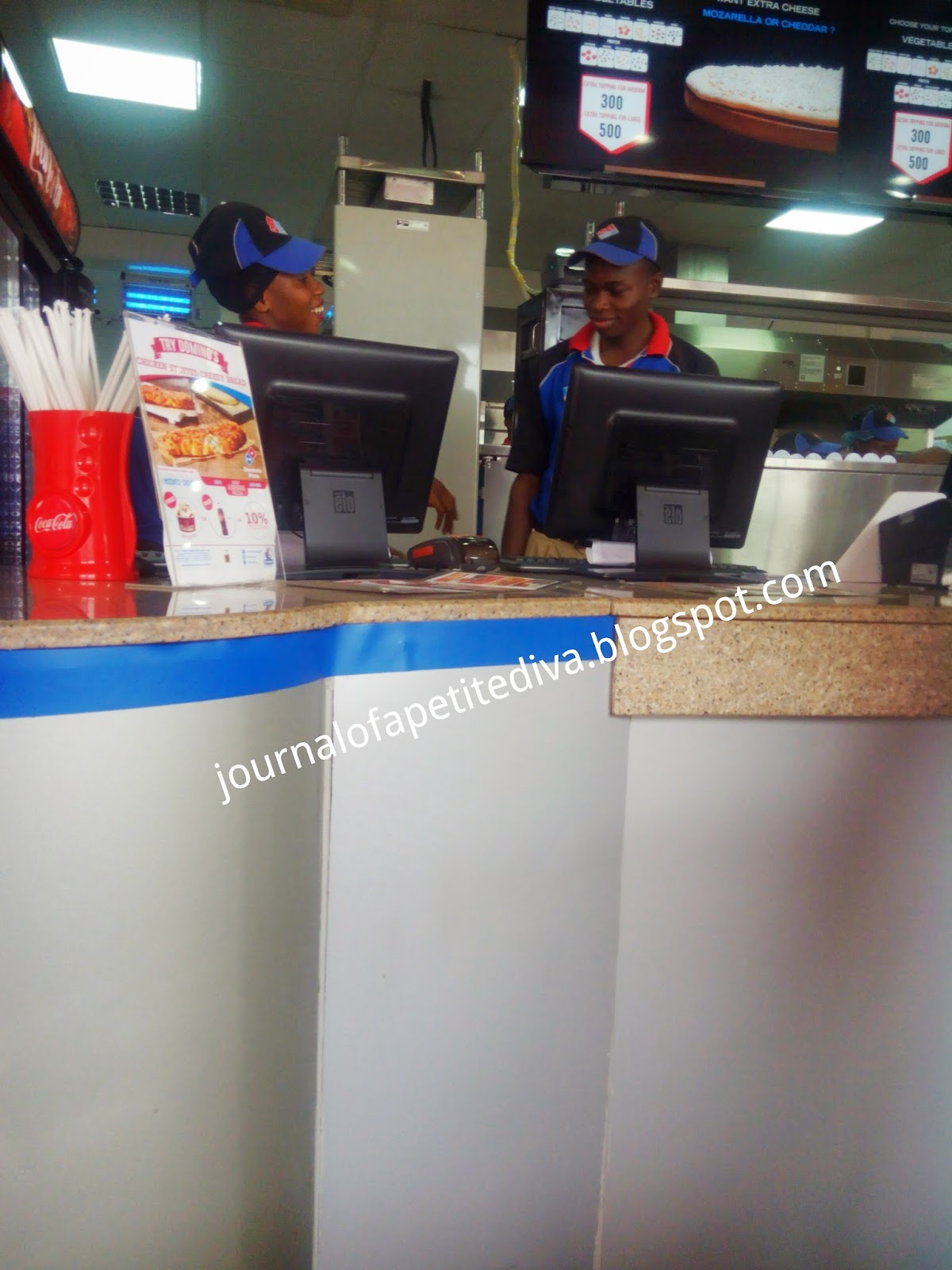 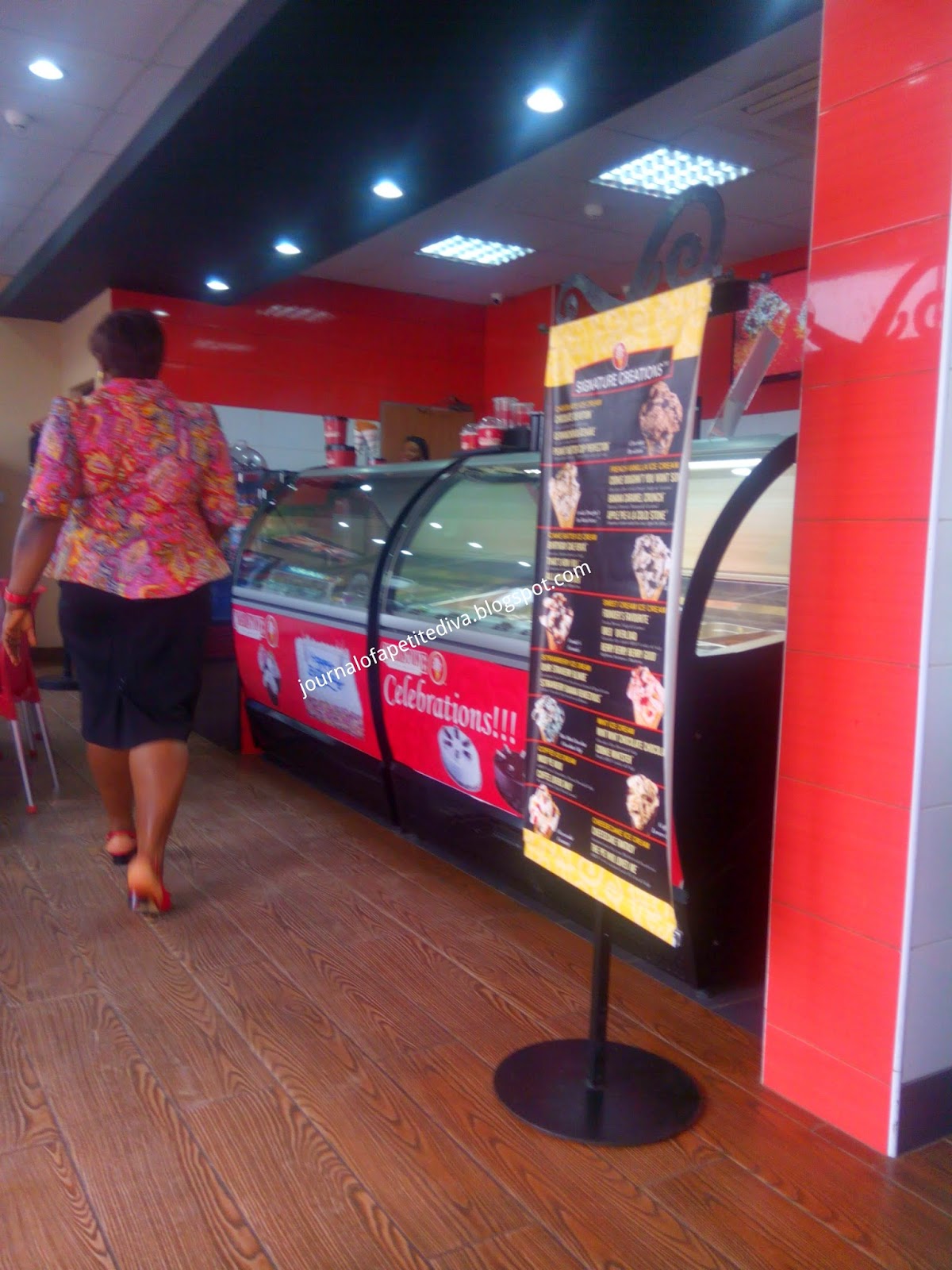 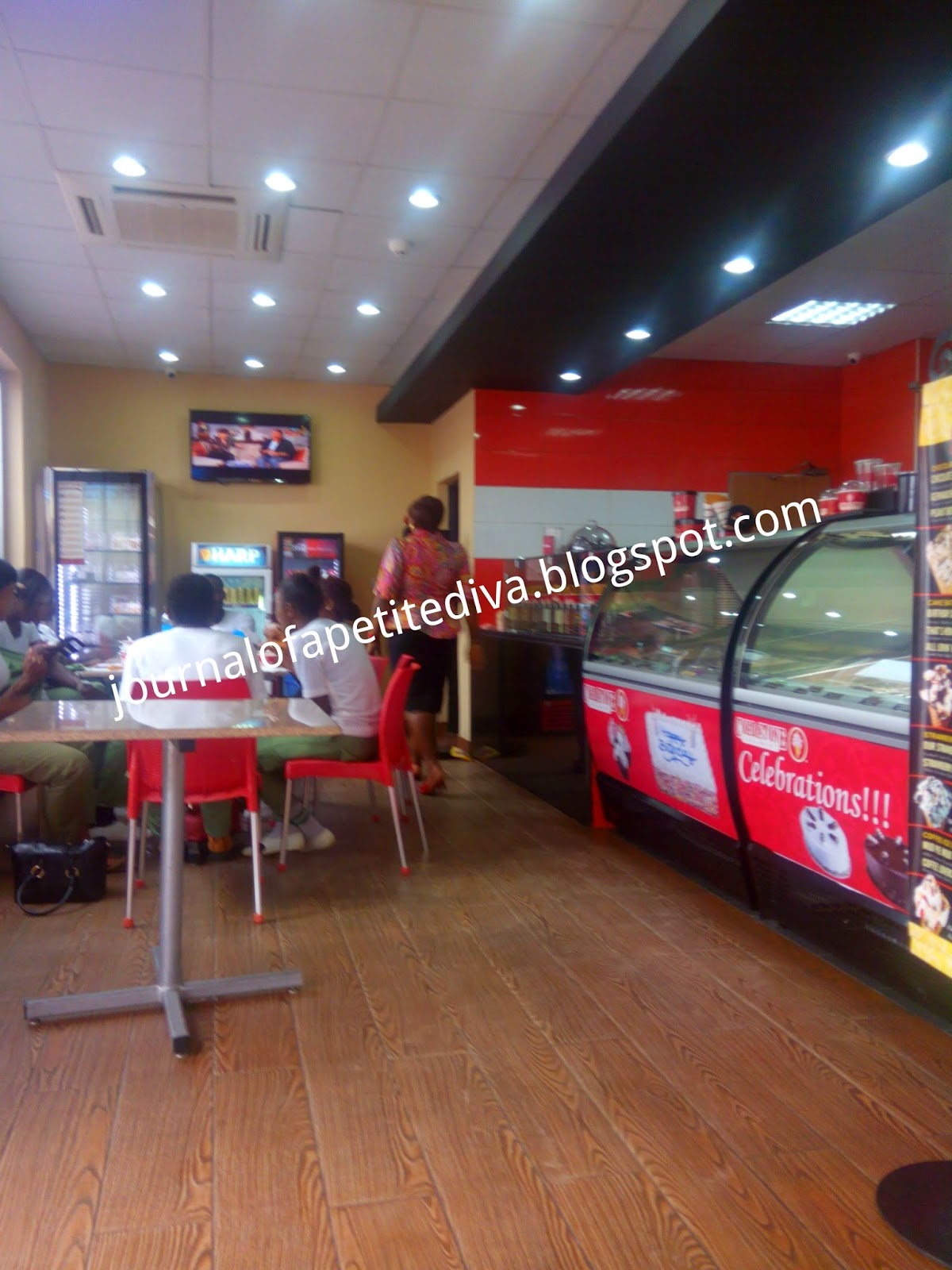 It was yum, i don't like pizza because of cheese but i really like the chicken suya pizza. It had a nice amount of pepper that i didn't feel i was eating gooey cheese.

So the question is 'did you guys miss me?'...... I just checked my page views and i saw that quite a number of you visited. Actually it was quite a lot, over 2000 views......I am so stunned. Thanks so much guys. I really appreciate it.

I think i should stop now. I have so much to write about starting with the whole Michael Brown, Darren Wilson and Ferguson issue. My thoughts may shock a lot of people but i feel it needs to be said.

Thanks for stopping by guys....