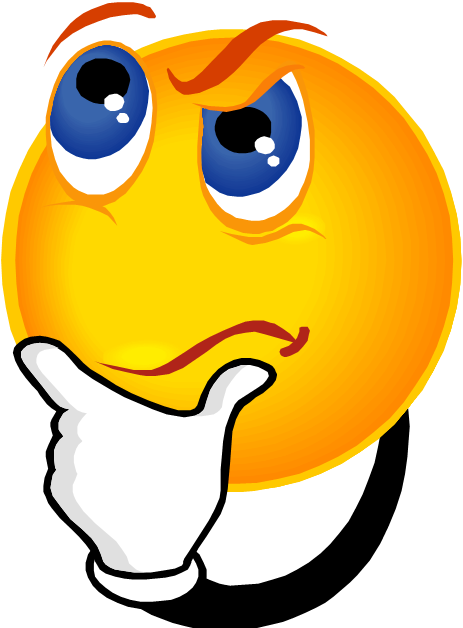 I should have written this post on Friday but I was on call and I could barely rest for 5 minutes. I have been a hospital pharmacist for 3 years and that was the most hectic call I have ever done. The hospital has got to employ interns prompt or employ more pharmacists. This is getting crazy!

Anyway my last post which was a feature post ruffled a lot of feathers and I had to and still have to answer a lot of questions and try to explain myself.

One of the comment I got from a doctor friend was that I was constantly posting anti-doctors write ups. I decided to go to my archives and check out the supposedly ‘anti-doctors’ posts and count them. And lo and behold I didn’t see any. I don’t write anti doctor posts or pharmacists-doctors post I write on the unnecessary faults of the doctors that I know can be corrected. When a person who is supposed to serve humanity and it says so in his oath and goes on strike for money or power or to stop another person from progressing and I speak my thoughts on the things i find wrong, it is then called anti-doctor. Wow! I am speechless. I know i have also written on the annoying attitudes of most pharmacists.

I have a right to say what I feel about a situation. I wrote the salary of the house officer and i was told by some people that it was unnecessary and it made me seem jealous. I couldn’t care less if a house officer is earning 1 million, it doesn’t concern me. If people don’t know this about me, I am not interested in money. If the person deserves it then please give it to him. And i am not jealous of anybody's earnings as i have come to understand that money would come when it is supposed to.i don't need to drag or bitch about to get it. I do what I do because I love my job and not because of money. I wrote it because I need to people to understand the significance of the demands that are being made. If the demands are granted there would be trouble in the healthcare system.

Right now in most hospitals the only set of people who have interns are the doctors and they have way more interns than other departments. The reason given why we in the hospital i work is don’t have is ‘that there is no money’. Meanwhile the interview for other interns was conducted in September and new set of house officers were taking around November. Now this is happening on the present salary scale, I ask ‘what would happen when the proposed salary scale is implemented’?

Among some of the statements i read that was made by their association is that pharmacies, labs and radiology departments in public hospitals be contracted out meaning that those who work in such departments would be contract staff. When such statements and many of such are made and it is affecting the morale of other team members what do expect from the others?

I am not one to say something behind and not say it in your face which is why I have made my opinions clear and I am stating them here. A friend said she had a heated conversation with a doctor friend about all that is going on in the healthcare system and tried to make him see reasons about the part that his profession was slowly killing the healthcare system and she said he is no more speaking to her again. What?! I am sorry to say this but my thoughts about the guy is that he is an ass! I am really sorry. But why would you do that? How can you no more be someone’s friend because you don’t agree with her point of view? Are you her friend because she is a pharmacist or because she is a great person? She is not a robot and she is allowed to have her views.

A friend, a university classmate and professional colleague said some things about this whole issue and I didn’t agree and I tried to explain myself and what the whole issue is doing to the hospital community and she stated her own views too. And someone suggested that I either listen to what she says or defriend her and I was like ‘what the heck does that mean?’ She stated her point of view and I spoke my mind too, is that a reason to defriend her. Unfortunately i don't think i can and i won’t.

I also explained to someone else that I don’t mind anybody getting whatever amount of money for their salary but I would like it to be defended. You cannot give me reasons like ‘I am superior to others’ or ‘I have been given a superior training to the others’ or  ‘you cannot allow others to be on the same level as I am’. It doesn’t make sense. Just stay with me now. If you were a CEO and a member of staff undergoes more training and gets another qualification and as is normal, the person is elevated to a higher position in his department and obviously gets an increment in his pay. Then another member of staff in another department comes to you and says because the other qualified member of staff has been elevated and the salary increased that the other member of staff should not be promoted and the increment given. And they have not acquired any further qualification and if their demands are not met they would go on strike. Like seriously? Do you honestly see what I am saying. It looks very petty. And I hope my doctor friends who are on the verge of defriending me would see how petty some of the demands are.

All I want is unity. We are a team whether we like it. We are a body. Even God knows that everybody cannot be the same. Even in the giving of gifts, it is said that unto some he has given the gift of prophecy, unto some the gift to serve, unto some the gift of giving. I can’t do your job and I never want to do it and trust me you cannot do my job. Together we make a great team that make a difference.

I would like us to work together, to respect each other and love each other as ourselves. Once that unity is in us then there is nothing we can’t accomplish. I am so not pleased with this doctors on one side and other professionals on one side issue. It is damaging to our growth. I would love a situation where we take on any opposing problem to us together.

I replied someone with this. Nigerian Navy Secondary School and Nigerian Navy has this motto “ONWARD TOGETHER”. I remember being in SS1 and some of my classmates were making some serious noise and I was reading or so. Some naval men were passing by and decided to punish us by flogging us. I asked them why they were punishing all of us that most of us in the front were not making noise. And the reply I got was that I should look at my badge and read what was written. And I replied ‘Onward together’. And the Naval man told me that my class was like a team, a ship that if some people mess up and the ship sinks it would not be the people that messed up that sink it would be the whole ship. Everybody would drown! That if we work together we move forward if we don’t we fail. And they proceeded to flog the heck out of everybody.

But they were right. When we started thinking like a team there was nothing we could not achieve. And that is what I want with the healthcare team because all this fight is causing us to sink.

There is another adamant position that the doctors are taking on the fact that they must be CMD. I would like everyone to watch BATTLESHIP. You all know the film that Rihanna acted. There was a scene where the American Naval Officer who was in charge of the ship that was trying to survive the alien attacks stepped aside for the Japenese Naval Officer to take charge of the ship. Why? It was because he had more knowledge of how to defeat the enemy. And these were men that literally were beating the crap of each other earlier. But the American Naval Officer knew that he didn’t have the ability to keep them alive and stepped aside because survival was the most important thing then. See my point! I really hope you do.I seriously hope you all watch the film. It is a cool one.

I think I have yapped a lot. Sorry it was a long write up but I had to answer some questions.

Hey! I washed my hair today but sorry I don’t have pictures because I was too lazy to take the pictures. I would try to take pictures on my next wash day.

Thanks for stopping by and I apologise if my post upsets anyone but I had to say the truth even though it was not pleasant. And good news, the impending strike has been suspended. Great news for everyone! Whoop! Whoop!!