THE END OF A FRIENDSHIP……SAYING IT IS OVER! 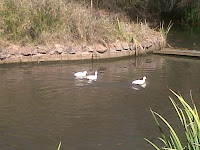 A senior colleague asked a question today, 'what is your definition of a friend?' He said someone once defined friends as ‘inconvenience and longerthroat’ (longerthroat kinda of means not being contented, I think). He said you would be ready to go out of your way for a friend even if it is not convenient for you and if you are truly friends with someone, you can easily take something that belongs to a friend and know that the friend won’t get too angry. The explanation made a whole lot of sense.

And the explanation also made me realize that my doctor ‘friend’ that I talked about sometimes was not really a friend. But it didn’t matter anymore cos for the first time in my life, I told someone that our friendship was over and I darn well meant it and mean it. A few days ago, I told him our friendship was over and deleted him from my BBM contacts. Since he is a doctor where I work I needed to keep his phone contacts but I don’t plan on ever calling except it involves a patient in the hospital.

I have vowed even before I ended the friendship that I would never ever ask him for any professional/medical advice for myself. I had too many other doctor friends. I know it might seem harsh but I made the decision after an incident in which he reacted like an enemy instead of a friend. I was writhing in pain a few months ago, I had severe abdominal pain and I sent a message to him. However he didn’t reply after a long time and I was in serious pain, actually considered getting a tricycle to take me to the emergency department, but I couldn't even walk and i didn't want to be a news topic in the hospital. I remembered i had another doctor friend so i sent a message to him who told me what to take which luckily for me I had in the house.If i didn't have the drug in sufficient quantity at home, i would have landed in the A and E department of the hospital.

After the storm was over, I sent my other friend a message that I had contacted another doctor and I was now okay. You wouldn’t believe what he said next! He said and I quote ‘next time contact the other doctor and don’t contact me’. I was shocked! I couldn’t believe that it was my supposedly good friend that said such. It really hurt because I don’t think I have ever been that cruel to a person especially when it involves their health. I explained everything that happened and even after my explanation he didn't even apologize. I was really hurt however I decided to forgive him.

However after what happened a few days ago it became clear that while I thought i was good friend to him, he didn’t really think of me as a friend. Maybe i was not a good friend to him. I thought about a lot of things that he had done and they started to make sense. I was hurt and betrayed and wanted to feel sad but thinking about everything made me realize that 'you win some and you lose some'. I lost someone that I thought was a good friend but at the end of the day, it was never really a true friendship.

So we haven’t seen since I plainly told him that it was over but I saw him in a church that he doesn’t attend (still don’t know why he came there), he didn’t see me. When I saw that he was turning I ran to another exit, I was not and I am not interested in talking to him. A female friend said I should have not run and should give him another chance. But seeing as he is not my boyfriend and I don’t trust him anymore, i would take a pass on that second chance. I rather not talk to him than pretend and also I would have to constantly watch what I say which would not only be really awkward but stressful for me.

So I think and strongly believe that the best thing for us is to part ways, that way we can’t fight all the time like we used to and he would have a calmer life (he insinuated that I was too much trouble). He would have such a much better life without my trouble. I wish him and his family all the best. however I don’t think I would miss him. Because some months ago I knew something had changed and I had started working on giving him a whole lot of his space.

Anyway, that is all for now folks. I don’t think this post is inspiring but the lesson I learnt from this is trust no one completely but love and forgive completely. I forgive him but I can’t trust him again and I think ending our friendship would prevent me from hurting him. Do you think I am right guys? Do you think I made the right decision? Would really love to hear what you think….

P.S: I desperately need a camera #wailing. I have some make up (non-paid) jobs coming soon and i need the camera to take pictures of my work. I wish i could just go out there and get it but i can't. Oh well, another reason to save....
Written by Petite Diva at 1:28 PM