GETTING BACK ON TRACK ……….EMOTIONAL/SPIRITUAL CHALLENGE 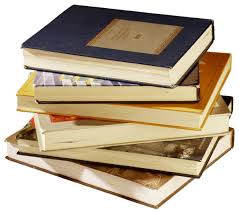 If you all remember, some months ago I set some challenges for myself. With the exception of my hair challenge which I even revised, I have not faithfully followed through with my challenges. However about a month ago or so, I bought 2 books on an impulse buying spree. I felt guilty after buying the books but when I started reading one of the books, the guilt flew away. It was replaced by ‘God, thank you for ordering my steps to that place and thank you for providing me with the money to buy the books’ kind of feeling.

I think one of the parts about the dating and courtship advice that I knew was meant for me was the fact that she said ‘if a guy doesn’t take interest in you and pursue or rather approaches you then girl, walk away. Don’t pursue him.’ I don’t think I have pursued a guy but I know that in my previous relationships, the guys never worked before they got me. I was always too easy for them and I never studied them well. And I also tried to make a relationship that I knew was not working, work by all means possible. I tried too hard! Well, I know better and hopefully my next relationship I would be wiser and do things the right way, the way God ordained it to be.

As I was reading that book, my friend asked if I had ever read any of Joel Osteen’s books. I replied that I had one that I bought almost 3 years ago when I arrived in Akwa ibom. I didn’t know the title but I later found out that it was the same one he was reading. He encouraged me to read it, that the book was a blessing to his life. With all that said, I bumped the other book I wanted to read to third place and picked up the book.

I am just at chapter 8 but I can tell you that I am kind of disappointed in me. I have had the book for 3 years and I never read it. The book has changed the way I look at life (I am borrowing his words) but that is the best way to describe it.  Oh! The name of the book is ‘Your best life now: 7 steps to living at your full potential’. I have come to realize that though some friends might not last in your life, they at one point would impact your life either for good or bad. Well even if he never impacts positively in my life again, I am extremely grateful to God for sending him to spur me to read the book. I hope I would be able to impact his life in a positive way too. Thank you Dearie for a time such as this (and before you all start hearing wedding bells cos I wrote dearie, he is just a friend. Nothing can ever happen between us! So get your minds out of there.) Maybe I should have written ‘Thank you Doc’ but then I wouldn’t be the drama queen that I am……lol. Anyway, thank you so much. You are the best, sometimes when you are not annoying me!

So yes, I think I am back on track on the emotional/spiritual challenge; I am reading at least one chapter a day and progressing gradually. I hope I would get my professional/study challenge back on track too. Actually I need to! I have 2 presentations to prepare for and update courses that I am going to attend this year, so I can’t play anymore.

As for my financial challenge, we are working on that with a vengeance because I have a major project coming up and I won’t allow my finances be the cause of not achieving that dream. So I have had to cut a lot of things and let people know that I am restricting myself so I can’t be anybody’s back up plan anymore. By God’s Grace, my 2nd major dream of this year would come to pass. This is my year of dreams fulfilled and giving!

Well, that is all for now. I would have written earlier but my modem was acting up. Had to take it to airtel office only to find out that the problem was my laptop not the modem….*rollingmyeyes at this laptop….lol