STORY TIME: THE TIME WHEN I WAS LEFT BEHIND 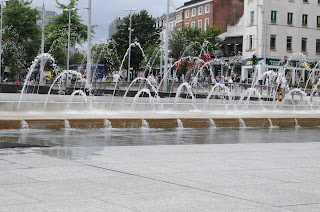 One of my biggest fault is that I am too naïve and try to believe the good in people. Hey guys, welcome to another story time post. Did you enjoy the last one? I hope you did.

So let me dive right into the story. Everyone (okay, maybe not everyone but a large percentage) who goes to study abroad (especially the UK or USA) likes to stay back after their studies. But lately the rules concerning that in the UK is getting stricter and stricter by the day. One of the few ways to legally stay back is to get a job that pays at least £20,000/annum and that your employer must be one of the Tier 2 visa sponsor. Problem is that the UK govt has also put a clause that the employer must show that there is no other UK/EU nationality that can do your job (my research says otherwise but most employers seem to use this as a reason not to employ international students).

Due to this rule, most people are always looking for a job. I know I did and I didn’t get one interview (maybe I was too late or not good enough). However there is apparently another legal way to stay back. It involves a lot of work but it is legal and the requirement does not depend on an employer just your school.

I didn’t know about this option until I was back home and I started seeing pictures of people who I thought were looking for a job or any legal way to stay back. I know that I even asked one of them whether he found a job or something that allowed him to stay back but I believe he sidestepped the question until I found out from someone else what they had done. They applied for the graduate entrepreneurship visa. I was bummed and felt betrayed. It even felt worse when I found out that some of them presented their business idea as a group of 2 – 3.

Why did I feel betrayed? It was not like we were super close buddies but I just thought that we were in the ‘we have to stay behind’ group together. I even confided in one that I was not finding the job search easy meanwhile they were working or had already gotten the endorsement and were not as desperate as I was.

Honestly it left a bitter taste in my mouth. Then I felt that maybe their business idea was super innovative like facebook or whatsapp or something like that. When I wanted to apply for the visa from Nigeria and was thinking of ideas, I asked one of them about some of the ideas that were approved and I was shocked. I was like ‘that is it!’. Just that!  Some of the ideas were not innovative (in my opinion) at all.

Anyway I have come to realise that I was not meant to apply for the visa because of some things that have happened. A friend of mine had told me about the tier 1 visa but when I was checking up on it, I saw information about another type so I didn’t bother. Also I applied for the endorsement (even though I don’t have the monetary requirement) and when it was time for the interview, two things happened. One, the network was shitty. I could hear them but they couldn’t hear me. This is the same network I used for a UN interview and I was heard loud and clear. Two, apparently the lady in charge forgot to let me know that I was to make a powerpoint presentation. She said she sent me a mail on what the interview/presentation would entail and how long it would last and I receive nada! She said that she would check to see what happened and send me a mail rescheduling and with the details. It has been almost 6 weeks and I have received squat! I just decided to leave it but I have a good mind to send her a mail just to prove that she lied about the mail and just wanted me to fail at the task.

Oh well, the point of this story is don’t believe that everyone who seems in your corner is in your corner. Sometimes you have to be prepared for things like people hurting you. I told them that I was not happy with them for doing it without even letting me know but I know stuff like this would always happen. It is just the way life is. I have tried to let go of the feelings I had and wish them well.

It is just like my youtube channel. My social media circle consists of at least 1000 people (I know it is really small but remember that I am an introvert and really like to be private) and yet I have 105 subscribers and I am positive that half of them are not my friends. I was really bothered until I watched a vlog in which the Youtuber (a Nigerian) was speaking about when she started and how she could barely get 100 subscribers and views on her videos for months. She said that her friends did not watch her videos or subscribe but she continued to hang in there. Now she has over 1, 300, 000 subscribers and her videos have been viewed over 190 million times. From my rough estimate, with google adsense she has probably made close to $100,000 (it could be less or more, I wouldn’t know).

The point is that she has started making a lot of money and her subscribers span from various continents not just Nigeria. I have seen comments from people in India, USA, Canada and the likes. I even saw a comment recently of someone saying they share her videos in a group. Now she has been able to upgrade her life and now some of her friends want her to help them set up youtube videos.

With that as my motivation, I have become less stressed about people in my circle buying my products or subscribing and watching my videos. When it is time for people to take notice, God would bring customers from ten thousand of miles for me and I won’t deal in naira but dollars and pounds.

Hope you enjoyed this story time post. I have more in store for you guys.