STORY TIME: WHEN I ALMOST BECAME A SECOND WIFE

Hey Guys, so maybe my title is a teeny weeny bit dramatic but do you want to read about my story? I have heard you…You don’t have to beg me too much....lol.

So it has been a while since I had a boyfriend and when I went for my masters, I began to wonder if I am capable of feeling any attraction for anyone. All thanks to my epic disaster of relationships. Then one day at work, suddenly…a guy I had never met came into the scene. The boy was fiiiiiinnnnneeee as heck (Petite Diva the dramatic). He was cute. And for an unknown reason, he thought I was pretty (He needs glasses). He was my superior and once when I was struggling he came to help like a knight in a shining armour (as if that is not part of his job) and gave me a tip to make me more efficient but I put up a resistance and felt like I knew it all. But after a while, I found out that his advice worked (stubborn thing like me).

Any which way, we (in other words, I asked to be placed) found ourselves on the same shift but I was not always placed to work with him. However the thing (boy) always found a way to sneak in to say hi. I was swooning. It is not my fault. He made me smile and laugh. He was nice and such a playful thing and I enjoyed bullying him a bit.

But….The BIG but…..He was married. The day I found out was (I believe) a consequence of my discussion with God. You know how we ladies are. I had already started thinking of weddings and the works but I felt something was not quite okay. I think 2 days before I knew he was married, I had said a prayer that I saw on Instagram about having your own God designed relationship or something like that. Then Boom! I find out he is married. I was bummed, I won’t lie. For weekssss…. 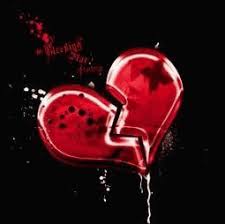 How did I find out? I overheard a conversation that was none of my business. I am beginning to think that people were gossiping about us and the guy purposely came to talk to him when he was close to me. He was standing close to me and this guy comes up to ask ‘How is your Mrs?’ and I was like ‘what in the world?’. I thought that I didn’t hear well but Ladies and Gentlemen, I did o. I did. And to further prove my theory that there must have been gossip about us (because I still remember one weird look I got from an elderly guy when I was teasing him during one if our lunch break) , I noticed some ladies speaking in hush tones close to me (and I believe I saw one of them look in my direction or so).

Then it so happened that I sat with one of the ladies who now told me that he was married and had 3 boys. That was it! I was scattered. I knew that my ears were like ‘dodo the cartoon character’. It has super hearing abilities like superman. I had heard right the first time.

I had to try to shake off the sad feeling but is that ever easy? I had to behave like a big girl and get on at work like nothing happened. It was not his fault, right? And the thing kept on being his goody self. I remember the day I was feeling so emotional and he was his playful self, I forgot he was my superior and snapped at him. The guy was totally taken aback because I shut him down in front of people (I think 2 or so). But he came and stylishly met me and asked ‘what is wrong with you?’. I told him PMS and he almost ran away. He was shocked that I said such. It was funny the way he reacted.

I tried to be not so smiley at him but whenever we had an encounter it was impossible. I was either teasing him or he was teasing me or people around me were teasing him. While I was trying to patch my heart together, some people kept trying to break it again. I remember that one of my work circle once said to me that we (the guy and I) look good together that if not because he was married that she would have loved us to get together. And I was like ‘what the heck?’. Then another day, we (the guy, myself and some people in my work circle) were talking. Someone asked how many children he had? And I said ‘three…three boys’. I then opened my mouth to say ‘you need a girl’. That is how one person actually repeated the words to him and just had to say ‘maybe she would be the one to give you the girl’. The boy ran away immediately and I attempted to be 'all I don’t do second wife things'. Ta! I was trying to act like I was not bothered.

The truth is when I sat down to think about it, if It was an option to me at the time when I was really feeling him, I would have accepted the offer of being a second wife which is really ridiculous to me considering I am an alpha female. I hate to share my man but you see this thing called attraction abi is it ‘Lust’, it is very dangerous. It can make you do and undo.

How can you overcome it or know when what you feel is right or wrong? I don’t know. I guess all you can do is Pray. Ask God to reveal the whole situation or part of the true situation to you and give you the strength to walk away. I didn’t have the strength to walk away or stop my feelings especially when even on my last day there, someone who I think had no idea about us openly said ‘He likes you na’. Back story to this statement…I was reporting the guy to him. I told him that he was teasing me about my height and he made that statement. We (the guy and I) were both speechless for a few seconds. I gained my senses and made a protest and he repeated it again and my guy couldn’t say anything. The boy just stood there.

Oh well, I had to leave and I am back home and my senses are back or are they really back? I guess I might never know.

I hope you liked this story time post. I realised that it had been a long time since I did an honest post about my life. Hope you don’t sit there, sipping your tea and are judging me like Judge Judy…lol. It has happened  to  the best of us.

Help! I have a swollen upper lip. I ate something and now I am reacting to it. I have taken an antihistamine and I am eagerly waiting for the lip to return back to normal.

P.S: Did I mention that I also found out that he was a muslim?